RADAR is a training program comprised of innovative acting and musical theatre masterclasses designed to introduce, engage and explore young artists’ talents. Workshops include: Landing the Audition, Dramatic Character Development, Mastering a Monologue, Movement for the Stage, Actors’ Studio Intensive, Singing in a Production, and a group creativity symposium to start each day.

New to RADAR this year is a showcase, on Friday June 22, that will feature each participant performing material they develop during the program plus several production numbers and scenes.

RADAR is open to all high school and college aged artists (~14 – 22, incoming high school freshman through outgoing college seniors) in all training/experience levels.

Participation fee is $200, scholarships are available through registration link.

Sharpen your talents and explore your interests with several days of innovative acting, musical theatre and creativity masterclasses designed to introduce, engage and refine your craft.

Landing the Audition, Dramatic Character Development, Mastering a Monologue, Movement for the Stage, Actors’ Studio Intensive, Singing in a Production, and a group creativity symposium to start each day.

Showcase will feature each participant performing material they develop during the program plus several production numbers and scenes. Family, friends, and community members are all invited to attend. 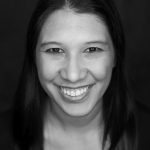 Heidy’s work at Civic includes Disney’s Beauty and the Beast, Catch Me If You Can, Seussical, Clue, Nunsense Amen!, A Christmas Carol (Mrs. Fezziwig/Dance Captain), Annie (Ms. Hannigan), and Summer Stock (Jane/Tap Choreographer). When Heidy is not on stage or homeschooling her children, she can be found running Step In Time Dance Studio and teaching Broadway style tap and jazz to all ages.

Next season Heidy will be choreographing Mary Poppins. 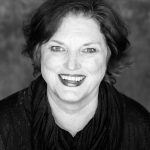 At Spokane Civic Theatre, Melody has appeared in or directed more than 50 productions. Onstage credits include: Golde in Fiddler on the Roof, Ida in The Cemetery Club, M’Lynn in Steel Magnolias, and Abigail Adams in 1776. This past fall she appeared in Out of the Shadows Theater in Coeur d’Alene, and in the Actor’s Buddhio presentation of The Normal Heart. Directorial credits at Civic include Kiss Me, Kate (2017); Guys and Dolls (2016); Sylvia (2015); The Foursome; The Music Man (2006); Joined at the Head; and A Few Good Men.

Next season Melody will be directing The Curious Incident of the Dog in the Night-Time. 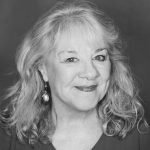 Kathie is now in her 34th year of involvement at Spokane Civic Theatre. She is one of the Resident Directors at the theatre and has helped win numerous state, regional and national awards for the theatre. Kathie considers Civic her home away from home and would like to thank you for supporting this production.

Kathie is a Resident Director and, next season, will be directing Elf The Musical. 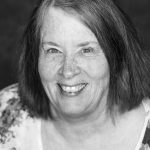 Jean has been actively involved with Civic as well as many other theatres in the surrounding area since moving to Spokane in 1981 (by way of Sacramento, Seattle and Helena). She has acted in, directed and choreographed many shows over the years, but is probably best known as Mother Superior in Nunsense at Civic, Valley Rep and Center Stage. She taught Drama at Saint George’s School for 17 years, was the director of the Box ‘n’ Hat Players for 20 years and directed Civic’s Summer Program for 14 years. Most recently, she appeared on Spokane Children’s Theatre stage in Mary Poppins and on Civic’s stage in Little Women and A Little Night Music, directed The Secret Garden at Saint George’s and even ran the light board for Plaid Tidings at Civic. 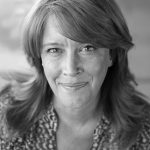 Heather has previous directed Dial “M” for Murder and Vanya, Sonia, Masha and Spike as well as co-directed Evil Dead, The Musical and Fiddler on the Roof with her dear friend Troy Nickerson at Spokane Civic Theatre. She recently directed A Piece of My Heart for Stage Left as well as co-directed Man of La Mancha (again with Troy), A Bright New Boise and God of Carnage at The Modern Theatre. Other directorial credit include Arsenic and Old Lace (also at The Modern), Little Shop of Horrors at Ignite! (also with Troy), and Cemetery Club and Affections of May for Spokane Civic Theatre’s Studio Theatre.

Next Season Heather will be directing The House of Blue Leaves. 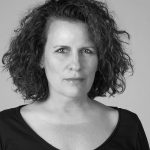 Marianne grew up in Portland, Oregon attending PSU and was very active in the Theatre community there before moving to Spokane and earning her BFA in Theatre at EWU. Some of her recent directing credits include Orphans for Spokane Civic Theatre which received multiple awards on its journey to the AACT Fest 2015 in Grand Rapids Michigan, The Producers, The Best Little Whorehouse in Texas for Civic and An Infinite Ache for Interplayers. Marianne’s most recent acting credits include playing Thelma in Night Mother, Silda in Other Desert Cities, Amanda in The Glass Menagerie for The Modern Theatre and as Mama Rose in Gypsy at Civic. She has received multiple awards for her performances in the National AACT Fest’s 2003 and 2007 cycles for her portrayals of Irena in I Never Saw Another Butterfly and Sarah Jane Moore in Assassins. One of Marianne’s great joys is having the privilege of working with actors, both as a director and in the workshop format, guiding them through their journey of discovery. In doing so her journey continues as well. It is both humbling and exhilarating.

Next season Marianne will be directing Bug. 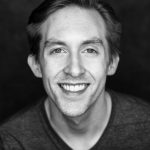 Henry is a professional actor, music director and pianist based in Spokane. Favorite stage credits include Robert in Boeing Boeing, Lank Hawkins in Crazy for You and Jerry Lee Lewis in Million Dollar Quartet. As a music director, some of his recent projects in the area include Spokane Civic Theatre’s A Christmas Story: The Musical, Coeur d’Alene Summer Theatre’s First Date and Lake City Playhouse’s Jesus Christ Superstar.

Henry is the Resident Music Director and, next season, will be music directing Mary Popins, Elf The Musical, and Young Frankenstein. 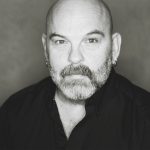 Troy has directed countless productions at nearly every local theatre. Recent favorites at Spokane Civic Theatre include Who’s Afraid of Virginia Woolf; the staged reading of I Never Saw Another Butterfly; A Streetcar Named Desire; Evil Dead, The Musical; Nunsense, A-Men!; Fiddler on the Roof; A Christmas Carol; and The Full Monty. Other notable local productions include The Trip To Bountiful and Equus for Stage Left; Jesus Christ Superstar, Avenue Q, Wit, Into The Woods, and Rent at The Modern Theater Coeur d’Alene; Man of La Mancha and Wild Party for The Modern Theater Spokane; Little Shop of Horrors for Ignite!; and The Boys Next Door at Interplayers. An accomplished director, choreographer, and actor, Troy has garnered numerous local, regional, and national awards. He has directed three national AACTFest productions (K-2/Modern CdA, Assassins/Civic, and “Best In Nation” I Never Saw Another Butterfly/STG), and his portrayal of Jody in Lonely Planet (Civic’s “Best in Nation” production at AACTFest 1999) earned him the “Best Actor in the Nation” award. Local honors include “Best Actor” as Lenny in Of Mice and Men and the 2007 Arts Community Leadership award from the Spokane Arts Commission for his many contributions to local charities.

Troy is a Resident Director and, next season, will be directing Mary Poppins. 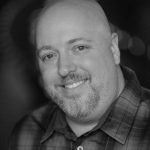 Greg is enjoying his 14th season as Department Director at Lewis and Clark High School where he has helmed over 45 Tiger Drama productions including In the Heights, Miss Saigon, Into the Woods, Chicago, and The Music Man. As a performer, favorite credits include: The 25th Annual Putnam County Spelling Bee, Forever Plaid, Cats, and West Side Story. He holds a BA in History (Gonzaga University) and an MA in Theatre Production (Central Washington University) 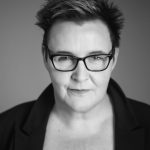 Dawn studied Theater at the Northern College of Speech and Drama in Oldham England. Since then Dawn has traveled the globe working as an actor, director, and production manager. Her passion for teaching lies deep within her.  She has been leading workshops across the nation and in our community for the past 28 years.

Next season Dawn will be directing The Memory of Water. 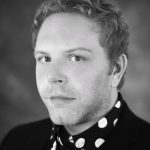 Jake is a composer/arranger, theatrical director, filmmaker, and creative producer. His passion for collaborative creative work caught fire at a young age while performing here, at Spokane Civic Theatre, in The Wizard of Oz, A Christmas Carol and Damn Yankees. Jake moved to Los Angeles in 2005 to pursue a college education and career as a producer. In 2010, he founded a music co-op called EMPHATIC which has since evolved into a multidimensional creative studio. Jake and fellow EMPHATIC artists have contributed to recordings and live endeavors for artists including Beyoncé, John Legend, LA Phil, Madonna, Ricky Martin, Vic Mensa, Rufus Wainwright, and Quincy Jones; film/content clients include Cirque du Soleil, Jeep and Nike; favorite regional theatre credits include Crazy for You (director), Evita (director), The Importance of Being Earnest (director), Into the Woods (producer), and Long Day’s Journey into Night (producer); consulting clients include Disney Theatrical Group, Edgemar Center for the Arts, La Jolla Playhouse, Live Nation, The Nederlander Organization, and The Public Theatre. EMPHATIC won a 2013 Grammy Award for contributions to Frank Ocean’s debut album channel ORANGE (Best Urban Contemporary Album).

Jake is the theatre’s Creative Consultant and, next season, will be directing Young Frankenstein.

I had a great time in class for a number of reasons. I really enjoyed the cold scene work, and then having another go at the scene after she gave us either a different approach to the scene, or more context for the play. The class was hilarious, and super fun. I learned a whole bunch of potential new ways to approach a scene, and a lot about how apply the principles of acting that I already knew.

Being able to sing a solo piece and get advice/ feedback from Shoshana [Shoshana Bean, Guest Instructor 2017] was an amazing, once-in-a-lifetime opportunity. Her advice was very thoughtful and helpful, and I felt like she really understood and connected with us! Working with her gave me a fascinating new perspective.

I loved the way the instructor taught and it made the end of my day very fun. It was also really informational.

It’s difficult for me to pick a favorite or least favorite class, because I enjoyed every single one. Also, I was able to apply things that I learned over the course of the 3 days, maybe not in practice but at least in how I thought about things, in subsequent classes. So I think I would have had a different experience had the classes been in a different order.

I would do this whole thing again multiple times.

Everyone was very helpful with my learning of new acting, singing, and dancing. I want to thank everyone involved.