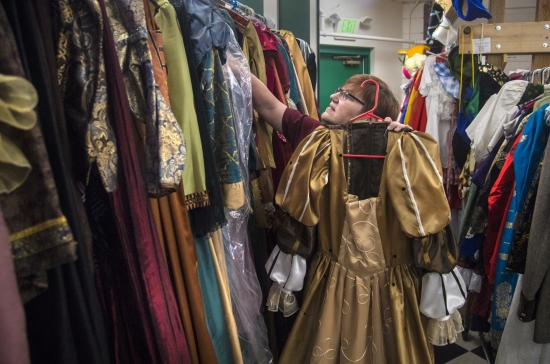 Zombies, of course. Scary political images are likely too.

This Halloween, area residents will see plenty of walking-dead attire among this year’s popular costumes, in part inspired by Spokane being where TV’s “Z Nation” is filmed.

Along with the zombie effect, hit costumes regionally are expected to range from politically charged imagery to retro pieces and clothes seen on popular TV shows and movies. Topping lists are characters from “Wonder Woman,” “Game of Thrones,” and various superhero flicks.

“I think that politics is going to play a huge role this Halloween because of the political environment we’re in,” said William Marlowe, who teaches drama at Spokane Falls Community College and frequently directs shows at Spokane Civic Theatre.

“I’d imagine certain masks are going to fly off the shelves or be purchased online. I think we’ll see a lot of metaphorical images of political incorrectness like a Twitter monster; someone wearing a body suit, and they print up or write up some of the outrageous things that Trump or others have said.”

“Right now, it’s ‘Game of Thrones’ stuff,” said Wanless about what’s popular in 2017. “We have a bit of that right now just because we’ve needed stuff like it for shows, and they might just need the big fur cape, or a cloak.”

Shop employees get questions about history-themed costumes as well. Typical theater productions over the years have yielded gowns depicting various eras as well as historical threads for male actors, all available to rent…

Preview by Treva Lind of The Spokesman Review