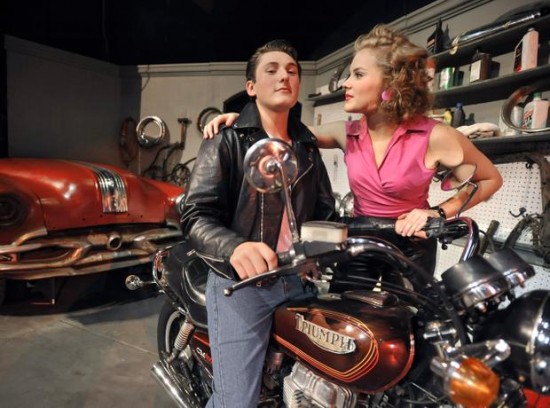 You know the theme song.

You know the settings.

You know the players.

All this comes together beginning tonight when Spokane Civic Theatre becomes 1959 Milwaukee for “Happy Days.”

The play, written by Garry Marshall with music and lyrics by Paul Williams, is adapted from the 1970s TV sitcom Marshall created. Civic is staging its regional debut, said Yvonne A.K. Johnson, who is directing.

What makes “Happy Days” different is that its cast is drawn entirely from the teenagers enrolled in Civic’s audition-only Academy program.

The idea, Johnson said, is to give the young actors a taste of the summer stock experience.

“So when they are college students, when they audition for summer stock, like Coeur d’Alene Summer Theatre, they’re ready,” said Johnson, also Civic’s artistic director.

Being a musical comedy, “Happy Days” the play is different than “Happy Days” the sitcom. The plot centers around a plan to demolish the beloved Arnold’s and build a mall. The kids decide to get together to save the drive-in. Ritchie, Ralph, Potsie and Chachi, for instance, perform as a barbershop quartet called the Dialtones.

“To be able to sing like that at their age, the ranges that they do, that will take people by surprise,” Johnson said.

The romantic leads are The Fonz (Joshua Spencer) and Pinky Tuscadero (Morgan Keene).

“Both of those kids (Spencer and Keene) are triple threats – singer, actor, dancer,” Johnson said, “which makes for a beautiful show.”

While the actors are all teenagers – the youngest is 13 – they’re getting to experience a professional-level theater. They’ll perform on a professionally designed Civic set. They’ll play alongside a six-piece professional orchestra. They’re working with two choreographers.

“When you look at these young people, and they’re playing roles normally played by people in their 20s, as soon as you get over the fact that they’re still in high school, you will see a lot more than that,” she said. “They truly are mature beyond their years. You’re not seeing a bunch of kids up there putting on a show. You’re seeing young professionals putting on a show. The audience will not be disappointed in their performances.”