The Turn of the Screw takes first at State! 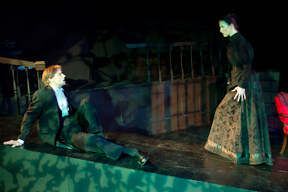 Last weekend, Civic competed in the Washington State Theatre Festival (also know as Kaleidoscope) in Bremerton, WA. The festival was the first in a series of competitions (AACTFest 2013) held every two years by the American Association of Community Theatres.

Civic, with their production of The Turn of the Screw, took first place which advances them to compete in the Regional (Washington, Oregon, Idaho & Alaska) competition, March 29-30, in Richland, WA. Also advancing to Regionals, with second place, is The Thread Men from Bremerton Community Theatre.