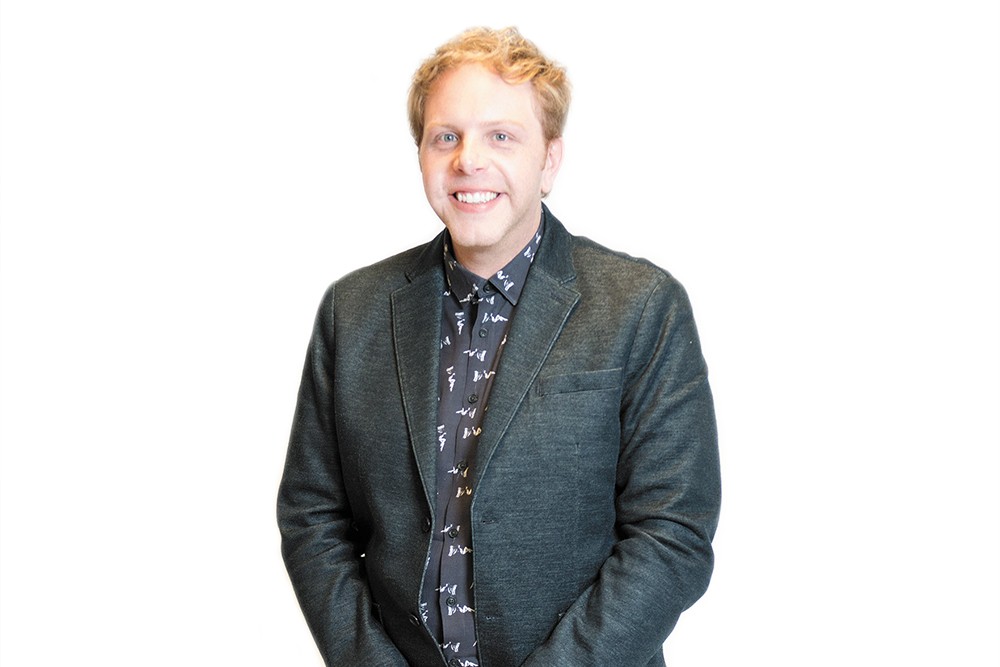 A lifelong obsession with theater has paid off big time for Jake Schaefer, the creative director for the Spokane Civic Theatre. The Inland Northwest native first experienced the spotlight as a kid actor at the Civic, and after developing his own entertainment company in L.A., he’s back in his hometown. In his current position, Schaefer works with all aspects of the business, from managing volunteers to directing productions.

The Civic’s 73rd season kicked off last month, and the current production of The Book of Will continues through Oct. 20. Schaefer spoke to the Inlander about the spontaneity of live productions, the state of Spokane’s theater scene and some of the highlights of the ongoing Civic season. Responses have been edited for length and clarity.

INLANDER: It’s getting easier for people to stay home and stream entertainment. Why do you think they still come out to live theater?

SCHAEFER: I love some of the programming on Netflix, and I think that it’s really quite revolutionary art. That experience is very easily translatable to this stage, and you’re engaging in more than just the story of the characters. Theater is just a medium switch. But it gives you that instantaneous, organic response factor that you don’t get from TV or film. Something can happen on stage on a Thursday night performance that’s never happened before. And if you’re the lucky audience member that was there experiencing that, all the better for you. And I also believe in a healthy palette — not too much theater, not too much film, not too much streaming. Experience a little bit of everything, push yourself.

From your perspective, what’s the current state of local theater?

I think it’s incredibly collaborative. We all talk. Every director and every theater has a relationship with everyone else in some type of way. We all borrow and share. There is a tremendous amount of talent in Spokane that could have been very successful in professional markets all over the world, and they elected to stay in Spokane. They’re serious, they’re hungry. The dedication from the volunteers is extremely inspiring in that they’ll leave work at 6 o’clock and be at rehearsal at 6:30, five days a week for two months, and then do five weekends of performances.

What are some upcoming shows you’re most looking forward to?

Cabaret is a big deal [opens Feb. 28]. We’re electing to put it in the studio theater, because we want to provide that immersive experience. The Gentleman’s Guide to Love and Murder is a no-joke property [opens Jan. 24]. It’s a regional premiere, too — I fought for that one. Murder mysteries do so well in Spokane, but it’s a family story and it’s kind of irreverent. It’s super colorful, and the music’s good. I’m directing Funny Girl [opens May 15]. Is there a cooler character than Fanny Brice? She’s a badass, super talent. But she didn’t have any help. We can all relate to that story in some way. I’m kind of proud that we’re providing a pedestal for that character, singing some of the greatest songs in musicals ever.

What’s your dream show to program for the Civic, and why?

Aaron Sorkin’s To Kill a Mockingbird. I think Mockingbird is one of the most important American stories of all time, and I think that he did a magnificent job of adapting it for a modern audience, while offering the story from a slightly adjusted perspective. He just moved the frame over a little to one side or another, depending on how you’re watching it. ♦

Article by Nathan Weinbender on the Inlander

Photo by Derek Harrison of the Inlander