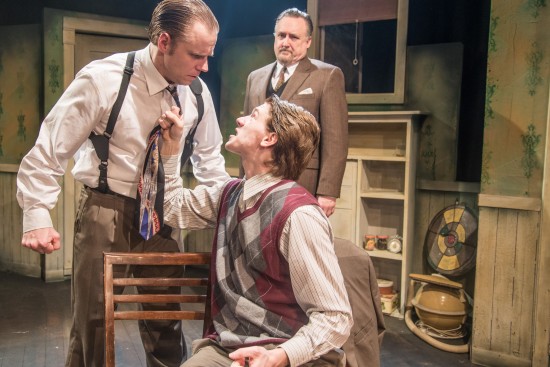 Spokane Civic Theatre of Spokane, Washington is proud to announce that its production of Orphans has won the honor of performing at AACTFest 2015, the National Community Theatre Festival, in Grand Rapids, Michigan June 23-28, 2015.

The journey to the National Festival began when Spokane Civic Theatre won the Washington state Kaleidoscope AACT festival. Orphans then moved on to the AACTFest Region IX Festival presented at the Gallery Theatre in McMinnville, Oregon in March. In addition to winning the AACT Region IX Festival, the production was honored with Festival Adjudicator Awards for Best Set and Best Director.

AACTFest 2015 details are available at aactfest.org/15. The public is invited to attend the national festival.

Artistic Director Keith Dixon says “Civic is proud to represent the state of Washington and Region IX at Nationals, and I’m grateful to our volunteers and artistic leadership for their work in making this possible.”

Spokane Civic Theatre is accepting donations at the box office in person or over the phone at 509-325-2507, with additional fundraising opportunities in the works. Look for more information at spokanecivictheatre.com in the coming weeks.

AACTFest is a program of the American Association of Community Theatre. It is a biennial event that has been held since 1969.

The American Association of Community Theatre (AACT) is the resource connection for America’s theatres. AACT represents the interests of more than 7,000 theatres across the United States and its territories, as well as theatre companies with the armed services overseas.