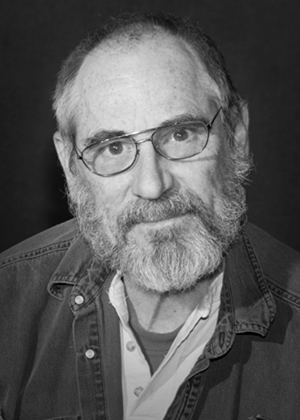 At the curtain call, the actors are always the ones soaking up the applause. Yet sometimes the people behind the scenes – the ones who build the scenes – should be the ones taking the bows.

Today, I want to give Peter Hardie the ovation he deserves. Hardie is retiring at the end of June after 31 years as the Spokane Civic Theatre’s technical director and resident set designer. During those years, we didn’t have to wait for an actor to deliver an opening line for the artistic experience to begin. It began when we took our seats and opened our eyes.

In 2008 I arrived at the Civic’s version of Tennessee Williams’ “The Night of the Iguana.” On the stage, there was a ramshackle old hotel in tropical Mexico. A sunset glowed in the distance. Ferns and bougainvillea crept up toward the battered wooden walls. Vines laced their way toward the rusty, corrugated steel roof. We were already transported to another place before the house lights went down.

And then, after the play began, Hardie conjured up a huge tropical rainstorm to batter this old hotel, with raindrops beating a steel-drum rhythm on the roof. Water sluiced down onto the veranda and disappeared, magically, under the stage. This was no phony-looking water-sprinkler shower.

“It really had to rain,” Hardie said.

Now, I would like to pause here to pose a question. If you were asked to (a) build a seedy Mexican hotel, and then (b) cause rain to cascade down on it, how would you go about it? I, personally, would frown thoughtfully and immediately propose doing the play as reader’s theater. The actors could sit around a table and make “thunderstorm” mouth noises.

The fact is, few people possess the range of talents required to do what Hardie makes look so easy. He possesses a rare combination of creative vision and practical know-how. Maybe some people are good at visualizing what a seedy Mexican hotel should look like. Others may possess the design skills to draw it up on paper. Yet Hardie also has the craftsmanlike skills to saw, hammer, weld, wire and paint the entire thing into existence, down to the louvered doors and the porch lights.

I know a lot of guys might consider this a dream job – tinkering at workbenches and making stuff all day. And yes, Hardie has spent 31 years in a vast workshop, filled with tools and power equipment of every description. But the practical problems he must solve, on a deadline, would make even the most contented craftsmen tear their hair out. There was, for instance, the time during 2011’s “Metamorphoses” – which featured an actual swimming pool on stage – when he had to deal with the problems created by humidity and condensation.

“Under the pool, it started to stink,” he said.

So Hardie has been a crisis manager as well as a carpenter, cabinetmaker, electrician, metalworker, painter and plumber. Those of us not blessed with practical manual skills consider this all incomprehensible and magical.

And even you guys out there who love to build things in your garage shops must understand this: Hardie doesn’t get to build only what he chooses. He builds all kinds of items that, well, don’t come with templates. Recently, I went backstage at the Civic and Hardie showed me a pair of 19th century dueling pistols for use in “The Count of Monte Cristo.” He didn’t buy them, and he didn’t borrow them. He carved them from wood. And he also made the red velvet case they were nestled in. And he rigged them up to make a big, smoky boom on demand.

And what if the show’s plot requires a painting by Edgar Degas or Rembrandt van Rijn? Who do you think makes that?

“Yes, I’ve had to reproduce some Rembrandts,” Hardie said. “Not museum-quality reproductions, of course. But good enough if you’re sitting 25 feet away.”

The practical side of Hardie’s job is crucial. Yet it’s only in service of a more mysterious and rare talent – the ability to look at a script, listen to a director and come up with a design that serves not just as “scenery” but also as a symbol of the play’s themes. Making something realistic is “really cool,” Hardie told me, but maybe even cooler is creating something abstract that evokes a feeling instead of a time or a place. For instance, Hardie’s 1998 set for the military courtroom drama “A Few Good Men” was no standard courtroom. It was an angular construction of steel, mostly in grey and black, evoking the sense that the action is happening in a dark and mysterious void.

He has created more well-thought-out and professional-looking sets than I can remember, everything from realistic Southern kitchens to tapestries of stars. There was his amazing garden in “The Secret Garden,” around which characters suddenly materialized, as if by magic, in booths behind scrims. There was the fairy-tale forest (complete with castle) in “Into the Woods.” There was the shimmering Polynesian waterfall backdrop in “South Pacific” and the amazingly realistic Seabees construction camp.

“I painted boxes and barrels and jerry cans, and some people went up and touched them afterwards,” Hardie said. “They couldn’t believe they weren’t real jerry cans. A little trompe l’oeil. I was pretty happy with the jerry cans.”

Hardie, 66, has certainly earned his retirement. He has been designing sets and creating props for 45 years, since even before getting his master’s degree in theater at the University of Washington and getting his first job at Seattle’s A Contemporary Theatre (ACT). His professional life has been an endless series of deadlines ever since. And not all behind the scenes, either. He has also acted in a number of plays, including lead roles in Moliere.

Now, he’s looking forward to “generating some time for myself.” He may also revive an old pastime – painting. Not the scenery kind, but the kind that comes in a frame. The Civic’s set design and construction work will be left in the talented and capable hands of David Baker, who has been Hardie’s second-in-command for seven years.

Meanwhile, I doubt that we have seen the last of Peter Hardie’s sets. He’ll be in demand as a freelance designer in theaters around the region, although now he’ll get to pick and choose his projects.

Here’s hoping he has plenty of time to revel in a long and extended curtain call, all to himself.

Jim Kershner is senior correspondent for The Spokesman-Review. He can be reached at jimkershner@comcast.net.