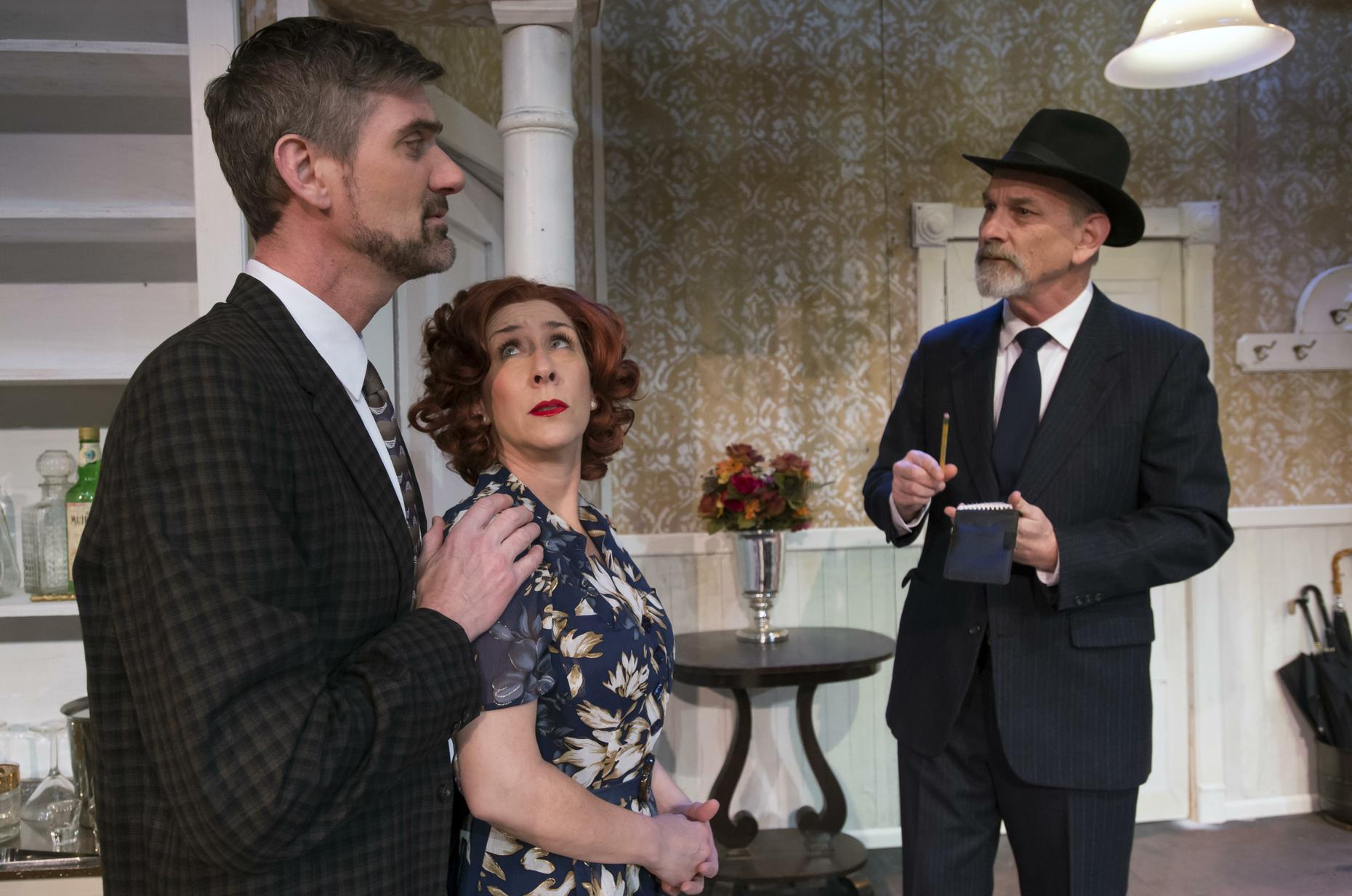 In “Dial M for Murder,” there’s no whodunit, at least from the audience’s standpoint, as the person behind the crime makes himself known from the very start.

What isn’t known, however, is how everything will turn out for him or the other characters involved in his plot, which makes Spokane Civic Theatre’s production of the Frederick Knott play, which he adapted for the Alfred Hitchcock film of the same name, just as suspenseful.

In “Dial M for Murder,” directed by Heather McHenry-Kroetch, retired professional tennis player Tony Wendice hires a hit man to murder his socialite wife Margot after discovering her affair with writer Max Halliday and in an attempt to get his hands on her inheritance.

But things start to go awry for Tony after the hit man, not Margot, is killed. He then does all he can to ensure Margot is charged with murder so his original plan is not found out.

Henry-Kroetch was fantastic as Tony, bouncing effortlessly between the charming former tennis player in scenes with Halliday and early scenes with Lesgate, concerned husband and conniving husband who’s only after his wife’s money.

The sly smirk he gave the audience at one point in the show when it looked like things were going to go his way was perfect.

Allen too was great in her role of Margot, wonderfully portraying the fear, confusion and frustration the character felt throughout the whole ordeal