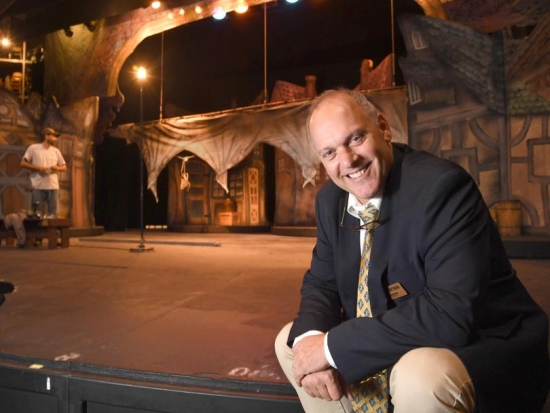 It’s a sunny Thursday afternoon in early September, and Spokane Civic Theatre, 1020 N. Howard St., is quieter than most patrons will ever see it. Lenny Bart, the theater’s new artistic director, sits in an oversized leather chair in the lobby, his reading glasses dangling around his neck, and he’s positioned in front of a glass case displaying the theater’s many awards.

“Having run other large community theaters and being involved with the American Association of Community Theatre, I had always been aware of the national stature this organization has,” Bart said. “As we look at all the first place awards we have here” – he gestures to the case behind him – “we’re now the most awarded (theater) in our circuit.”

Civic Theatre ushered in its 70th year with more than just a new roster of shows, with Bart and CEO Mike Shannon being added to the theater’s staff this summer. Bart is replacing artistic director Keith Dixon, who resigned in February to return to his native Louisiana.

Bart just moved from Quincy, Illinois, a small town about 300 miles southwest of Chicago, officially taking over for Dixon in the same week season opener “Beauty and the Beast” hit the stage. Bart says he’d only visited Spokane once before, and that was to interview for his new position with the Civic’s board of directors.

“The offer came, and I shared it with my family,” Bart said. “I’d asked for a couple days to think it over, but right away we knew it was a good match for us. I came back to them the very next day and said, ‘I’m in.’ ”