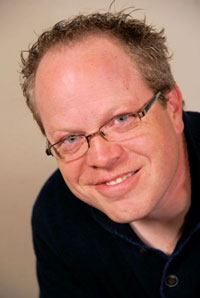 We are pleased to announce that Keith Dixon has been hired as Artistic Director of Spokane Civic Theatre. Dixon will transition into the position during the next few months and take it up full-time in June 2014.

Dixon stated, "I am excited about the opportunity to work with such an outstanding organization and together forge an artistic future that meets the needs of the community in a vibrant and meaningful way."

Dixon has served as Managing Artistic Director for Theatre Baton Rouge (formerly Baton Rouge Little Theater) over the last ten seasons. In that time he has directed over thirty-five shows for TBR and has also directed for Miners Alley Playhouse (Colorado), Columbia University, Chandelier Theatre, and the American Theatre of Actors (New York) as well as companies in Tennessee. Prior to moving to Louisiana, he worked at McCarter Theatre Center and the Roundabout Theatre Company. He holds a BA in Theatre from Middle Tennessee State University.  He is an Associate Member of the Stage Directors and Choreographers Society, and is a member of the Rotary Club of Baton Rouge. www.keithdixon.info

"The Board of Directors is looking forward to Keith's artistic leadership and to his bringing his own southern flavor to the Spokane Civic Theatre," said Larry Wooley, Civic Board President,  "His first directing challenge will be A Christmas Carol in the next season.  Personally, I am very excited to add him to our already outstanding pool of artistic talent."