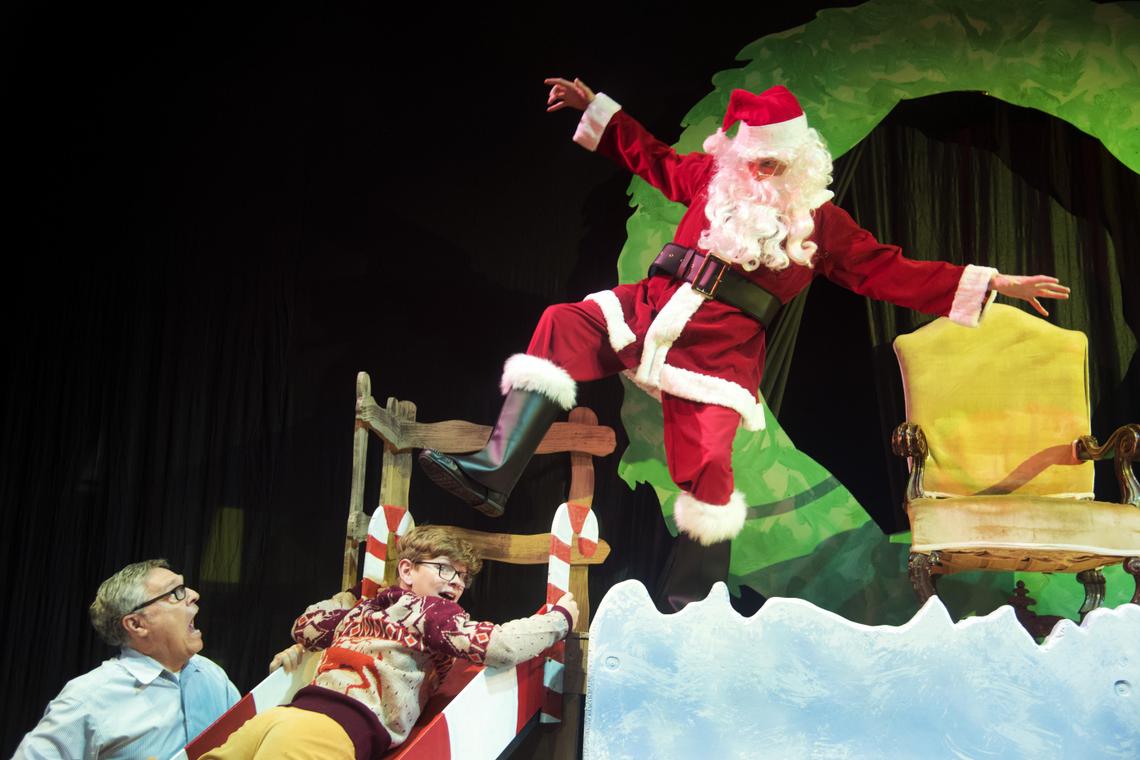 Come December, many a household will no doubt be filled with exclamations of “You’ll shoot your eye out!” and references to a “major award” and triple-dog dares. Spokane Civic Theatre will kick the holiday tradition off a little early when “A Christmas Story: The Musical” opens Friday on the Margot and Robert Ogden Main Stage. According to director Kathie Doyle-Lipe, the theater chose “A Christmas Story: The Musical” as its holiday production because they wanted to do something outside of their holiday standards like “A Christmas Carol” or “White Christmas.”

“It seemed like a movie that is a tradition with so many families,” she said. The Civic production, which features musical direction by Henry McNulty, is based on the 1983 movie of the same name, itself inspired by semi-autobiographical stories from writer Jean Sheperd’s “In God We Trust: All Others Pay Cash.” The story centers around a young boy named Ralphie (Kevon Burget), who wants nothing more than a Red Ryder Carbine Action 200-shot Range Model air rifle for Christmas.

In the meantime, Ralphie and his buddies Flick (Matthew Brauhn) and Schwartz (Zachary Abshire) must contend with neighborhood bullies Scut Farkus (Clayton Sanchez) and Grover Dill (Cole Henry), while Ralphie’s father, called the Old Man (Mark Pleasant) tries in vein to fix a malfunctioning furnace and argues with his wife, known only as Mother (Tami Knoell) over the Old Man’s “major award.” Sheperd played the voice of adult Ralphie in the film, a role Tom Armitage will fill in the musical as an onstage narrator.

Burget came to the production through Greg Pschirrer, a friend of Doyle-Lipe’s who teaches drama at Lewis and Clark High School. He saw Burget perform and suggested he try out for “A Christmas Story: The Musical.” “This boy just walked in, and it was like I was looking at the movie,” Doyle-Lipe said. “He is a strong singer and has real charisma. I feel very fortunate to have him.” She feels the same way about the other young actors, many of whom she had not worked with before. “There is just talent galore up there,” she said. “Those kids have been a dream.”