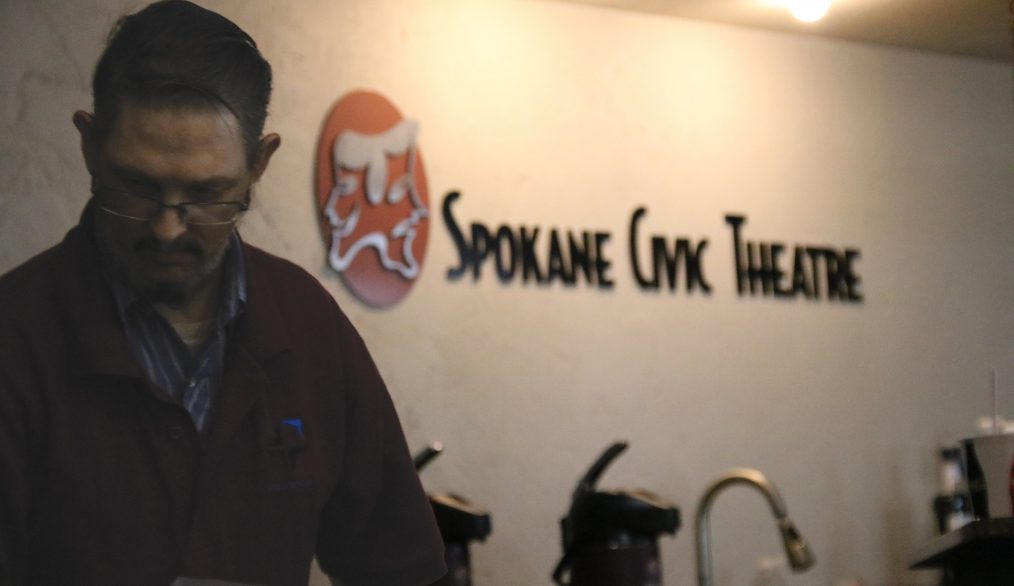 Tim Taylor and Robert Greer have been two staples of the commercial services team over the years. Both proven as independent workers, masters of their craft, and great representatives of Skils’kin and our values. In July of 2018, they were sent together to work on the new contract, providing custodial services for the Civic Theatre. The theater is a large and complex building, and people are constantly working, building sets, and rehearsing. Even on the outskirts of downtown Spokane, it feels like show business, and that is an infectious feeling.

Mike Shannon, the executive director of the Civic Theatre, shares stories of Robert and Tim, how they are amazing additions to the team. He says they are a part of the community and have changed how people spend their downtime around the theater. Members of the team know them and engage with them, and the theater has never looked better.

I asked Tim and Robert what they thought about working there—I wanted to know how exciting it was to be in the theater, and to see talented actors and actresses working all around them. “Well, it’s just a job to me”, they explained. They enjoyed working in the theater, but they were sent with a purpose, and no matter how the setting changed, or who they served it’s about the outcome and personal growth. “It’s a great place to work, but I want to make sure I’m doing my best.”