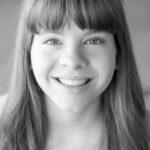 Siobhan is a recent graduate of Lewis & Clark High School, where she was heavily involved in the Tiger Drama department,  and will be heading to Pacific Lutheran University in Tacoma, WA in the Fall.

Siobhan joined a cast of 25 other members, all aged 13-18, to put together this full musical in just 16 rehearsals! She shares with us a bit about the production, the story, and her experience bringing it to life.

Why I Am Excited to be a Part of Legally Blonde, The Musical 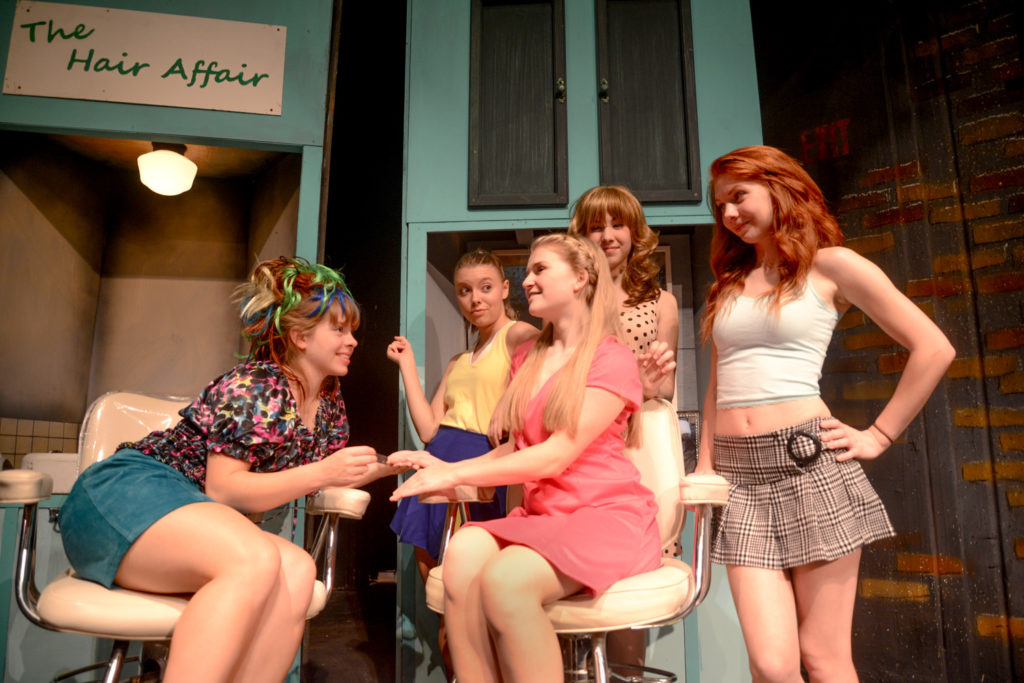 Legally Blonde, The Musical is one of my favorite shows and I am proud to be playing Paulette in Spokane Civic Theatre’s Academy production.

The film Legally Blonde came out in 2001, starring Reese Witherspoon as sorority girl, Elle Woods. Elle leaves the comfort of Malibu to follow her ex-boyfriend, Warner, to Harvard. While Legally Blonde is in many ways a typical romantic comedy it is also an important and revolutionary story about being true to oneself, defying stereotypes, and one of the greatest stories of girl power.

I believe the musical takes the story a step further. 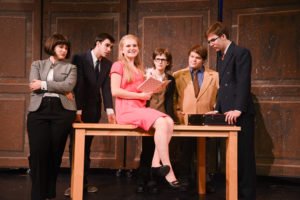 Elle and her cohort at the Wyndham trial. Photo credit: Heads & Tails Photo

In the film, Elle Woods faces discrimination at Harvard and she responds by working hard to prove herself. She succeeds and joins the legal team defending Brooke Wyndham, an exercise guru on trial for murder. After Elle makes a discovery that helps turn the trial in favor of Ms. Wyndham she deals with an alarming discovery that her professor never took her seriously. She was there only because she was a young, gorgeous blonde.

The movie is a fantastic story that every young woman should know. The musical is even better. In the musical, Elle only succeeds with the help of Emmett Forrest. He helps her buckle down and commit to learning by sharing his story and reminding her, “with the chance we’ve been given, we’ve got to be driven as hell.” Emmett’s role in the musical is larger then in the film. His character reminds the audience of the incredible influence of friends. Later in the musical it is a fellow student, Vivienne, who disliked Elle Woods from the moment she walked into the room who eventually helps Elle get back on her feet. And finally at the end of the musical it is Elle who makes the move to be with her true love. 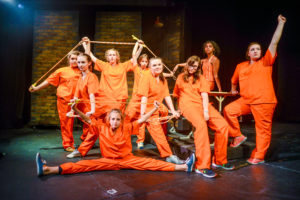 Legally Blonde, The Musical at Spokane Civic Theatre is an Academy production. The Spokane Civic Theatre Academy offers classes for year-round for people of all ages to learn and grow as performers, artists, and community members. This performance camp for 13-18 year olds is an audition only, three-week intensive with 9am to 5pm rehearsals and two weekends of performances.

There is not a better show for young people to come together to bring to life. Elle’s journey is inspiring and the choices Elle makes and way she chooses to see life is an example to us all and a wonderful thing for young people to be exposed to. Elle is president of her sorority. She is happy and content with her life, but when her boyfriend breaks up with her she decides to go out and fight for him and her own happiness. Despite facing struggles and prejudice from those around her Elle continues to fight and prove her self-worth to everyone.

One of my favorite messages comes at the end of show in a conversation between Elle and, Warner, her ex. Instead of brushing him off or attacking him for the way he treated her, she holds her head high and says thank you. Elle is a character who looks at her past as a learning experience. She sings, “The day you broke my heart, you handed me a chance, to make a brand new start. Even if I crash and burn ten times a day, I think I’m here to stay, I’m gonna find my way.”

You can find your way to Spokane Civic Theatre August 13-16 at 7:30 pm and on August 17 at 2:00 pm to experience this amazing story for yourself.