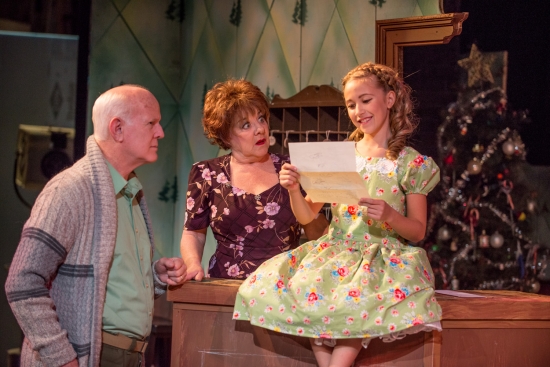 …Spokane Civic Theatre’s latest production of “White Christmas" – it previously staged the show in 2010 and 2012 – has the worn-in feel of a veteran theatrical company dusting off one of its most treasured shows for the thousandth time. In fact, its stars, Kevin Partridge and Mark Pleasant, have both played their respective roles before in earlier productions, and their obvious ease when handling this material is part of its charm.

… “White Christmas” is stacked with big, flashy musical numbers, and Hardie has staged them well. “I Love a Piano,” an extended tap number that opens the show’s second act,… It’s [Kathie] Doyle-Lipe, though, who gets the biggest showstopper: She’s an expert at waltzing into productions and handily walking away with them, and her breathless rendition of “Let Me Sing and I’m Happy” is an absolute blast, ending with a triple cartwheel across the stage.