REVIEW: ‘Vanya and Sonia and Masha and Spike’ is about regret, but it’s very funny 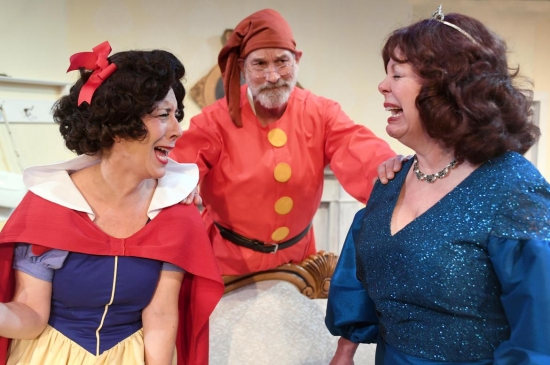 Near the end of Christopher Durang’s play “Vanya and Sonia and Masha and Spike,” one of its titular characters, named after a famous creation of Anton Chekhov, unspools a lengthy monologue about the good ol’ days. Things were a lot better half a century ago, Vanya admits. Humans were more connected. Technology hadn’t become a mass distraction. Popular culture was admittedly simplistic, but it was more wholesome.

The speech is certainly Chekhovian in its examination of ennui as substance. It might also sound like an elaborate, long-winded way of an old man saying, “Get off my lawn, kids!” But it turns out to be more complicated than it appears, and like all of Chekhov’s work, it toys with our allegiances: One moment we’re agreeing with Vanya, and the next we feel he’s merely grousing.

“Vanya and Sonia…,” now running in the Civic’s studio theater, is loaded with allusions to Chekhov. There’s an old family estate next to a cherry orchard (if you consider a cluster of 10 cherry trees an orchard). Though there’s no seagull, a blue heron makes a notable appearance in both the first and final act.