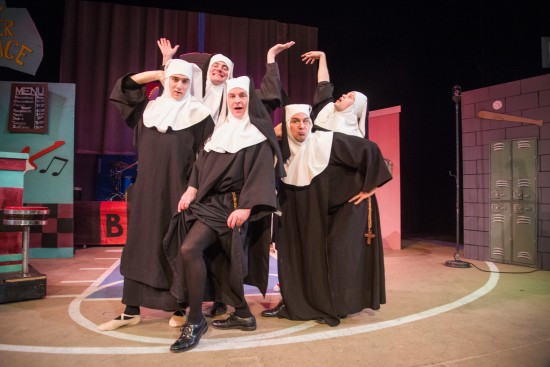 …[Nunsense A-Men] is a two-act musical retelling of playwright Dan Goggin’s story of desperate nuns trying to raise enough cash to bury four colleagues who died of food poisoning and are being kept on ice.

If you’ve never seen the story in the song-and-dance adaptation, this production, which opened Friday, is worth your time and attention. The Civic’s five-guy cast provides a level of talent – acting and vocal – well above average. The show is a reminder of the high level of musical and acting talent that Spokane’s community theater can draw on.

Nunsense A-Men runs through March 22 at the Civic’s Main Stage. It’s an infectiously fun show because the five actors forget they’re playing women and are having a sinfully good time.