REVIEW: Civic [gets] to the gloriously twisted heart of Stevenson’s tale. 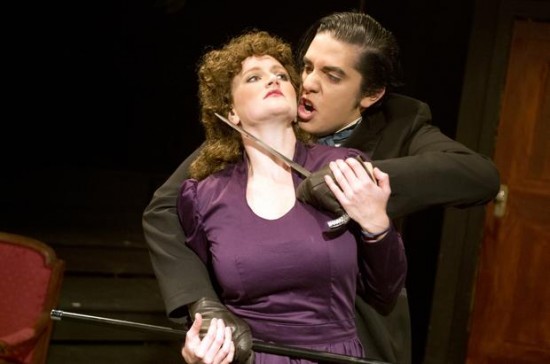 "…And as Jekyll, Dave Rideout does some nice, nuanced work with a role that could easily, in the wrong hands, become a cliché. Jekyll is a meek but intuitive man, yet Rideout finds a way to make him threatening when he’s looked at from a certain angle.

There are only eight actors in the cast, allowing the story to work effectively on an intimate scale. Its central conceit, that of man’s potential for evil and the mysterious inner workings of the human conscience, still holds fascination, and by seriously considering those themes, the Civic has gotten to the gloriously twisted heart of Stevenson’s tale."

Tickets are on sale now for Dr. Jekyll and Mr. Hyde