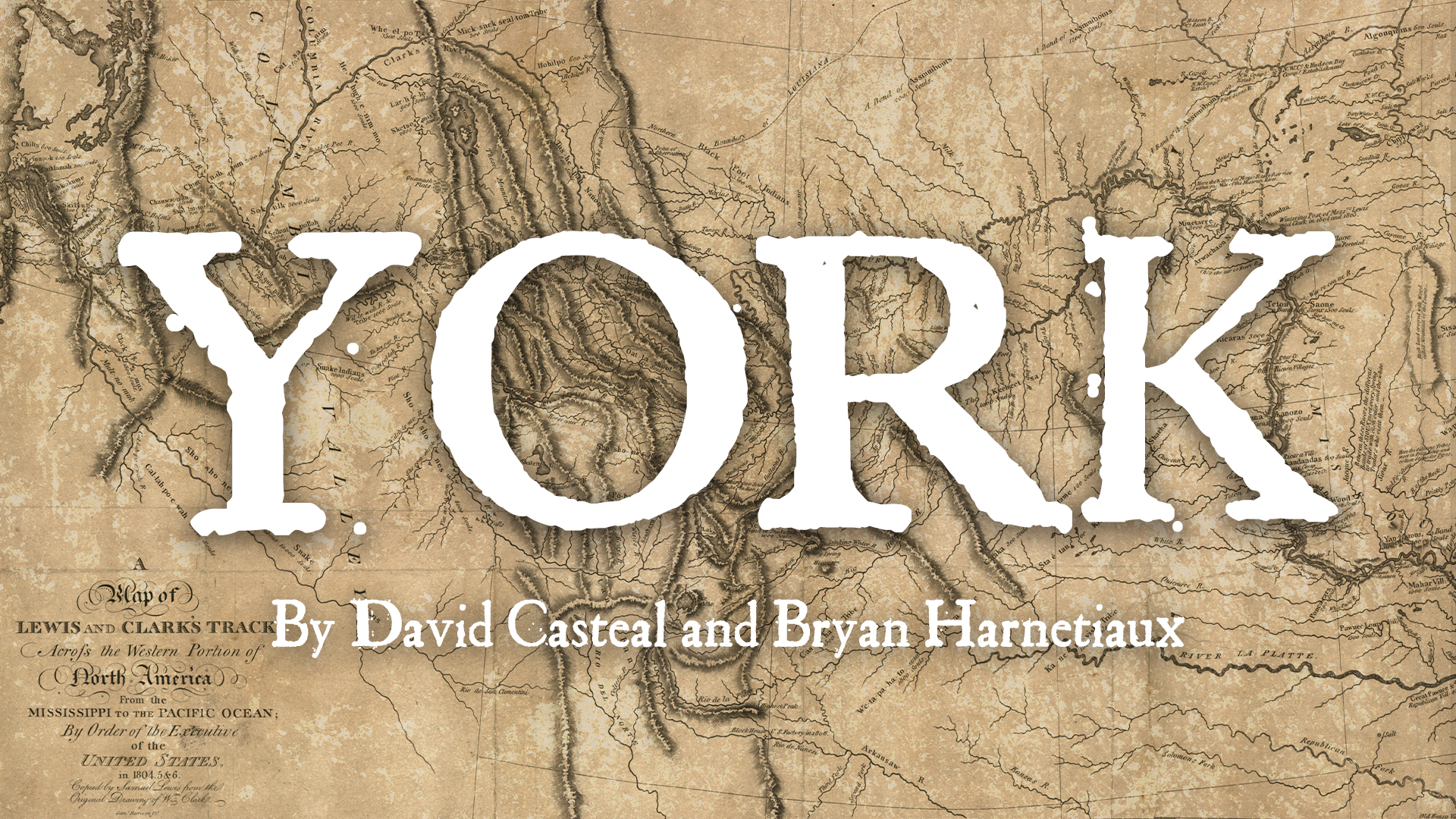 When the world paused in March 2020, so did Spokane Civic Theatre productions and operations. No auditions, classes, performances, production meetings, or rehearsals.

Although currently unable to produce shows and provide performing arts training, we are ecstatic to offer Civic Presents — Civic’s virtual Main Stage, a streaming celebration of our community’s creative vibrancy.

In 2004, David Casteal and Bryan Harnetiaux began collaborating on their one-man play, YORK, a historical drama that tells the story of the slave York, the only Black man on the Lewis and Clark Expedition (1804 – 1806). YORK premiered at Spokane Civic Theatre’s Firth J Chew Studio Theatre on April 29, 2005 with Casteal in the title role, directed by Susan Hardie. The Spokesman-Review’s theatre critic, Jim Kershner, wrote:

“Casteal portrays York as a whirlwind, a force of nature, a vital, laughing, raging bundle of muscle and brain….I felt privileged to be a witness to such astonishing creative energy.”
– The Spokesman-Review, May 13, 2005

In subsequent years, David Casteal performed YORK many times throughout the Northwest and beyond, including in the Tent of Many Voices (as part of the National Park Service’s Bicentennial Commemoration along the Lewis and Clark Trail), numerous community theatres, colleges, universities and cultural centers, along with a limited run at the 78th Street Theatre Lab in New York City.

David Casteal’s most recent tour of YORK kicked off on Spokane Civic Theatre’s Main Stage on February 2, 2018, once again directed by Susan Hardie. Civic contracted professional filmmaker, Skilis Creates, to film this performance, and is pleased to announce that, by special arrangement with David Casteal and Bryan Harnetiaux, the film will stream June 13 – 30, 2021.

NOTICE: The play YORK and the film of the February 2, 2018 performance are the copyrighted work of David Casteal and Bryan Harnetiaux, and any copying, downloading or reproduction of the film without the express written permission of the authors is prohibited by law.

RATING: YORK involves disturbing language and content related to slavery and racism prevalent at the time, and parental caution is advised. The writers consider YORK appropriate for junior high school and above.