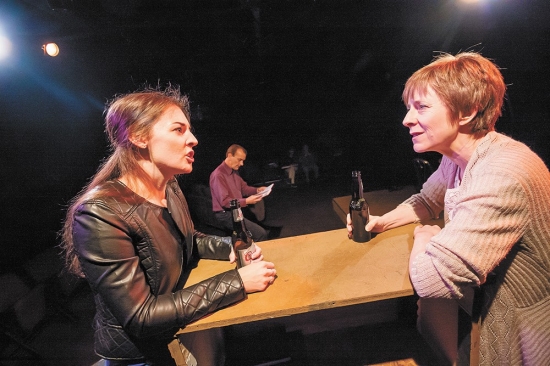 A new production of Dietz's award-winning drama opens Friday, April 29, in the lower-level studio of the Spokane Civic Theatre. Directed by Susan Hardie (York), it features a minimal set and just three actors — Tom Heppler (Wittenberg, Equus), Aubrey Shimek Davis (All My Sons) and Diana Trotter (Wit, Other Desert Cities) — in an unconventional love triangle. Unconventional, that is, because there can be doubt in the minds of the characters, as well as the audience, about whether or not the triangle even exists…

"What makes a life real? What do you believe and not believe?" Heppler asks rhetorically; Trotter echoes him: "What are the stories that we tell ourselves, and what's really true? Is it the facts? It is our perception of the facts? Or is it the way they feel? How do all those things play together? And what do we have a right to in each other's lives?"

…Along with Fiction's sudden shifts in time and tone, that could prove challenging, but Trotter says the cast has a strong handle of "this slippery thing that Dietz has created."