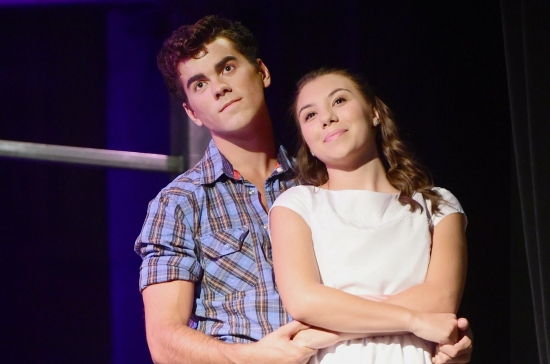 It all started with a sick day.

Whenever Spokane Civic Theatre Artistic Director Lenny Bart was home sick from school, his parents would play one of the many musical soundtracks they owned.

One day, Bart’s sick day soundtrack was the 1957 Broadway musical “West Side Story.”

“I can remember one day being home sick and hearing this music and just being enthralled by it,” he said. “I think being in a pseudo-sleep place and not feeling 100 percent, my mind started creating these images going along with the music, and it was awesome.”

A short time later, Bart saw the movie adaptation of “West Side Story” and was just as taken with the film as he was with the musical soundtrack.

At several points during his time working in theater, Bart has tried to produce “West Side Story,” but for one reason or another, those productions didn’t work out, which makes directing Spokane Civic Theatre’s production of “West Side Story,” opening Friday, a check off his bucket list.

“To me, it’s a dream come true to work on what I consider the singularly greatest piece of American musical theater,” he said.

“West Side Story,” inspired by William Shakespeare’s “Romeo and Juliet,” explores the rivalry between the Jets, a white gang, and the Sharks, a Puerto Rican gang, in mid-1950s New York City.

Tony (Duncan Menzies) is a former member of the Jets and best friend of gang leader Riff (Preston Loomer), and Maria (Maddie Burgess) is the sister of Bernardo (Arnoldo Heredia), who leads the Sharks.

When casting the role of Tony, Bart looked for someone who had a combination of ruggedness and romanticism, which he found in Menzies, who recently appeared in Civic’s production of “Kiss Me Kate.”

“(Menzies) is a beautifully classically trained singer who has great passion,” Bart said. “He really exemplifies all those characters I was talking about.”

With Maria, Bart needed someone who was both strong willed and believably naive and curious, qualities he found in 16-year-old Burgess.

“Because she’s 16, she’s had, I think, at that age, not as many experiences as someone older, maybe a 22-, 23-year-old person who can carry off looking young, may have so she just brings that natural naiveté to the role,” he said. “She’s sweet and oh my God, I believe she has a pitch perfect voice because it is absolutely gorgeous and she can find her note out of thin air in the few a cappella moments that the show requires.”

Photo by Jessse tinsley of The Spokesman Review