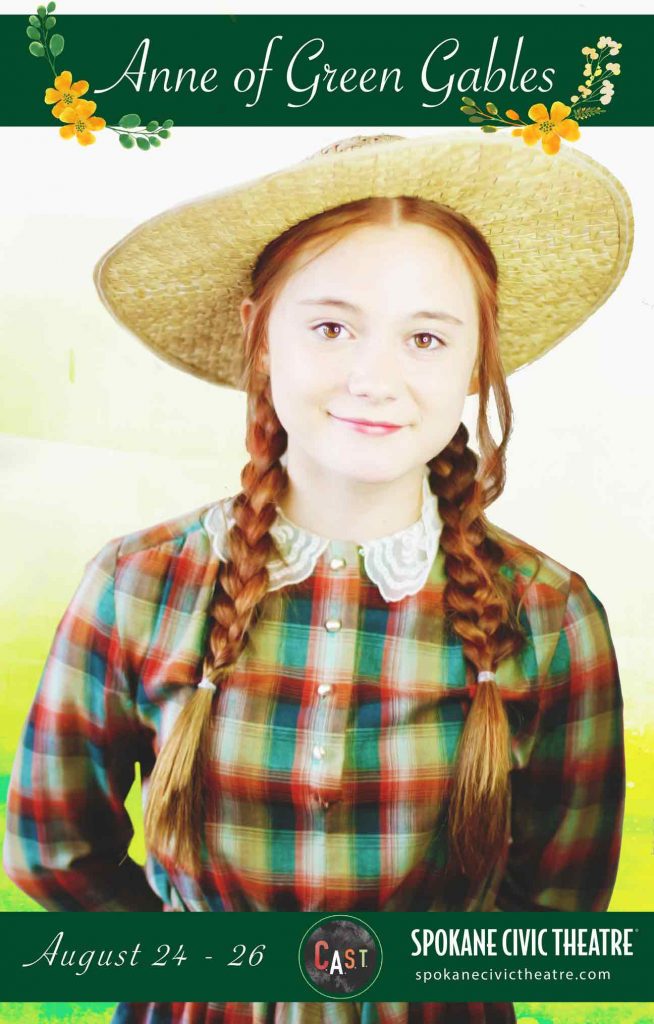 t, the story of Anne Shirley has captivated readers the world around.

After a lifetime in orphanages and foster homes, Anne (Nicole Ostlie), the protagonist of L.M. Montgomery’s “Anne of Green Gables,” is sent to live with brother and sister Matthew (Clayton Sanchez) and Marilla Cuthbert (Emma Hendricks).

Though they were initially hoping for a boy, the Cuthberts quickly take to Anne and let her stay.

Over time, the imaginative young girl charms the people of Green Gables and she thrives in her new home, making friends and excelling in school.

The play was adapted from Montgomery’s novel by Joseph Robinette. “Anne of Green Gables” is directed by Kearney Jordan.