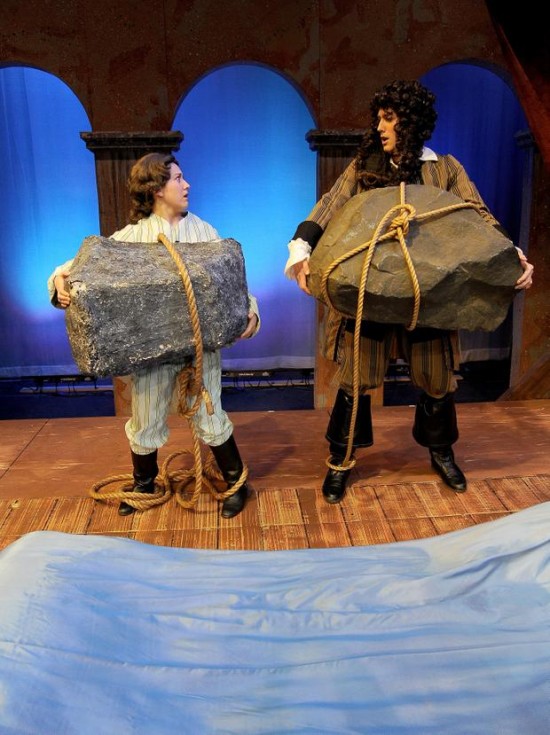 "Commedia dell’arte was one of the most popular and influential forms of theater beginning in the Italian Renaissance, a storytelling style that relied on wild plotlines, stock characters and comic improvisation. Written by the prolific Carlo Goldoni and first performed in 1753, “The Servant of Two Masters” takes much of its inspiration from the tropes of commedia dell’arte, which also influenced many of William Shakespeare’s most famous comedies.

Patrick Treadway, who directed “Servant” premiering at Spokane Civic Theatre tonight, says the play gets much of its mileage from the insane complications of its plot.

“A good way to explain it is that it’s a very funny soap opera,” he said. “There’s an A plot, a B plot and a C plot, possibly even a D plot. It’s kind of a whirlwind, almost like a three-ring circus. … If you could have a three dimensional Tex Avery experience, this would be it.”

That cartoonish sensibility is what drives the story of “The Servant of Two Masters,” and simply describing what happens is enough to make you a bit breathless.