The theaters are bringing “See How They Run,” “Matilda: The Musical,” “Joseph and the Amazing Technicolor Dreamcoat” and “Into the Woods” to the stage, respectively. 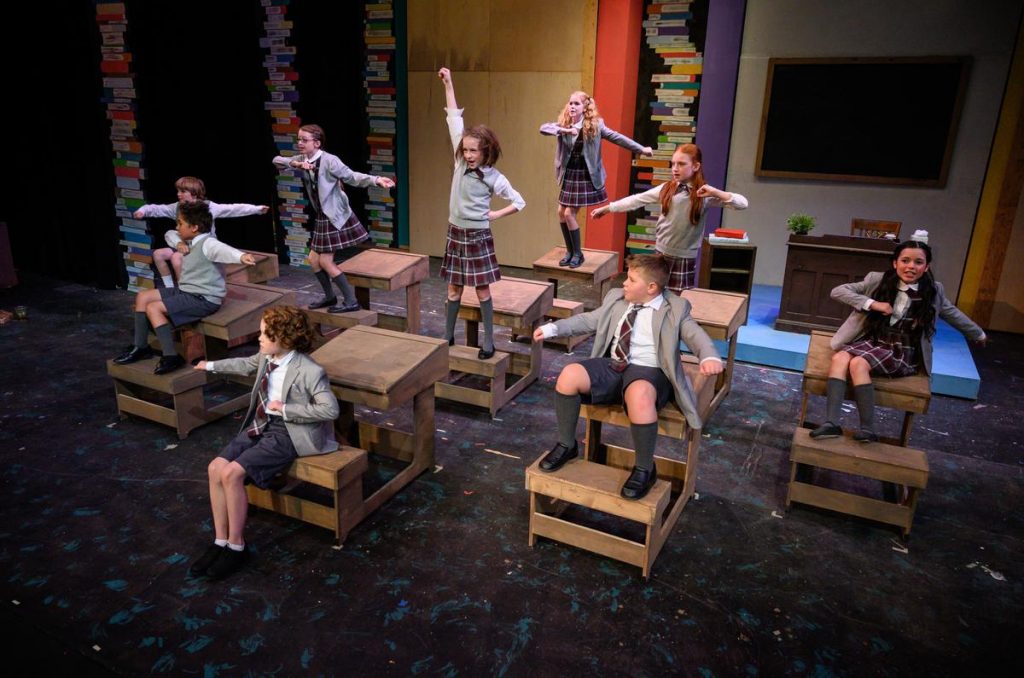 ‘Matilda: The Musical’
The world was first introduced to the intelligent, precocious Matilda Wormwood, the rotten Mr. and Mrs. Wormwood, the cruel Agatha Trunchbull and the sweet Jennifer Honey in Roald Dahl’s 1988 novel “Matilda.”

Wilson won the YoungStar Award for best performance by a young actress in a comedy film, and DeVito won two awards for his directing.

In more recent years, Dennis Kelly and Tim Minchin teamed up to bring the classic story to the stage. The musical premiered in London in 2010, on the West End in 2011 and on Broadway in 2013.

The London, Broadway and Australian productions all won and were nominated for a number of awards.

To kick off the season, Spokane Civic Theatre will bring young Matilda and her telekinetic powers to its main stage.

Civic’s production is directed by Kathie Doyle-Lipe, with music directed by Henry McNulty.

Note: This musical is rated PG.

Photo by Colin Mulvany of the Spokesman-Review