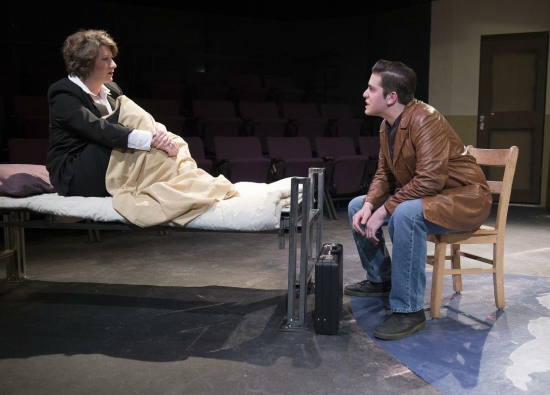 Tom Stoppard’s “Hapgood” is a puzzle box that may not have a key, a tricky, sometimes opaque morality play about duality, identity, paranoia and uncertainty. It’s most easily described as a Cold War thriller, but it’s also a somber character study and a dry comedy of manners, and its plot relies heavily on the ins and outs of quantum physics. Consider it a riddle, wrapped in a mystery, inside an enigma.