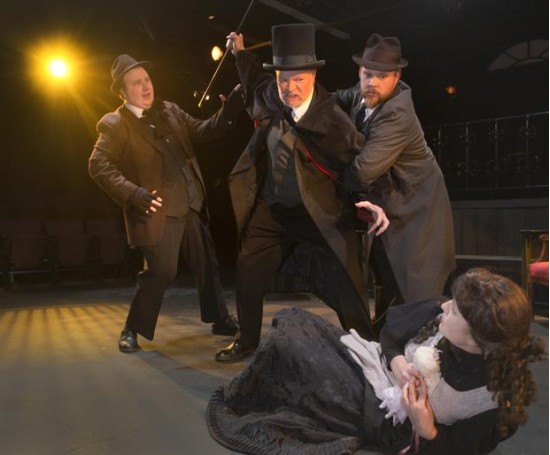 …the version of “Jekyll and Hyde” premiering at the Spokane Civic Theatre tonight offers a few new twists on the classic formula. As adapted for the stage by Jeffrey Hatcher and directed by Susan Hardie, the production contains moments and plot developments both expected and unanticipated.

“I feel it’s really important to meet and exceed peoples’ expectations of a story that is so iconic,” Hardie said. “People are going to be coming in expecting to see the atmosphere, the Victorian setting, the laboratory, all those iconic images that you bring with you. We want people to come in feeling comfortable that they’re going to be getting their money’s worth with what they’re expecting, but also to be getting some stuff they’re not expecting.”

That dichotomy between good and evil – and the notion that everyone is capable of malevolence – is what has drawn audiences to “Dr. Jekyll and Mr. Hyde” for decades. And while most versions of the story find an empathetic figure in Jekyll, Hardie suggests that Hatcher’s adaptation actually humanizes Hyde as well.