PREVIEW: Civic opens 70th season with ‘Beauty and the Beast’ 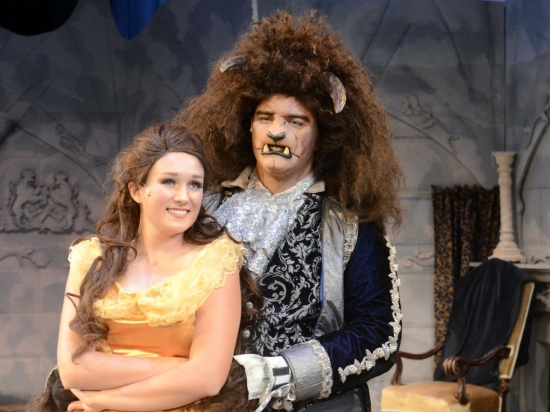 If theaters aged like wine, Spokane Civic Theatre would be a coveted bottle…

With its 70th anniversary in mind, the theater board chose to celebrate with a musical, “Beauty and the Beast.”

While some musicals find performers primarily singing or primarily dancing, interim executive director Jack Phillips cast “Beauty and the Beast” with an eye on multi-talented performers.

“Everybody (in the production) is so busy all the time, and since this is such a familiar story, we had to make sure these people could really handle all the music,” he said. “And indeed we’ve found that…”

“As Mrs. Potts sings, ‘A story old as time,’ ” Phillips said. “So you better tell that story.”

But rather than intimidate him, Phillips said that familiarity made working on this production more fun because he got to figure out ways to fulfill the audience’s expectations while working with the constraints of theater.

“We can’t do like the cartoon, we can’t do that kind of magic,” he said. “But we can certainly do theatrical magic.”

One thing that didn’t require theatrical magic to translate to the stage was what Phillips said is the main point of the play, people trying to figure out what they love…

Preview by Azaria Podplesky of the Spokesman Review.