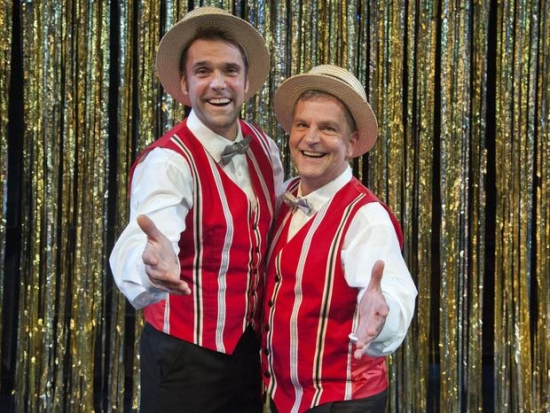 Directed this time by Jean Hardie, “White Christmas” is a relatively faithful retelling of the 1954 film of the same name, itself a loose remake of the 1942 feature “Holiday Inn,” both of which starred Bing Crosby.

“It’s an old-fashioned piece of musical theater,” Hardie said. “I always think of it as Mickey (Rooney) and Judy (Garland) grew up and they were still putting on a show in a barn.”

“Not every song is advancing the plot,” Hardie said. “It’s an old-fashioned musical in that way. Some of the songs do character work, but some of them are just there to gloriously entertain the audience. … We want to touch the hearts of people. I want them to think about the best Christmas they ever had and how it made them feel.”

— Preview by Nathan Weinbender, Spokesman-Review
(Read the rest of the preview online)