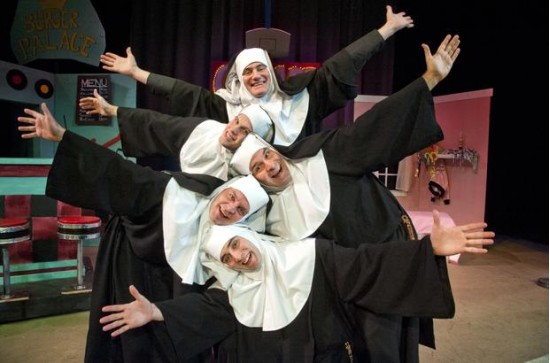 You’d think that the comic premise of nuns behaving badly would eventually lose its novelty, but Dan Goggin’s musical comedy “Nunsense” has proven that theory wrong, spinning out one popular sequel after another since its 1985 Off-Broadway premiere.

The Civic Theatre dusts off the habits for another production of “Nunsense” tonight – they’ve performed it and several of its sequels numerous times since 1990, most recently in 2011 – but there’s one new wrinkle this time: All the roles are being played by men.

“It’s actually played straight – we don’t make any comments that they’re men,” Nickerson said. “It’s interesting that you actually forget they’re men. You start going along with the story, and as much as they can make you laugh, you can also be very touched by them. These guys are good actors.”