Our 2015-16 Studio Theatre closer artwork reveal is here – and that means we have one final reveal for you tomorrow.

Let us know in the comments which Studio production you’re most looking forward to seeing! 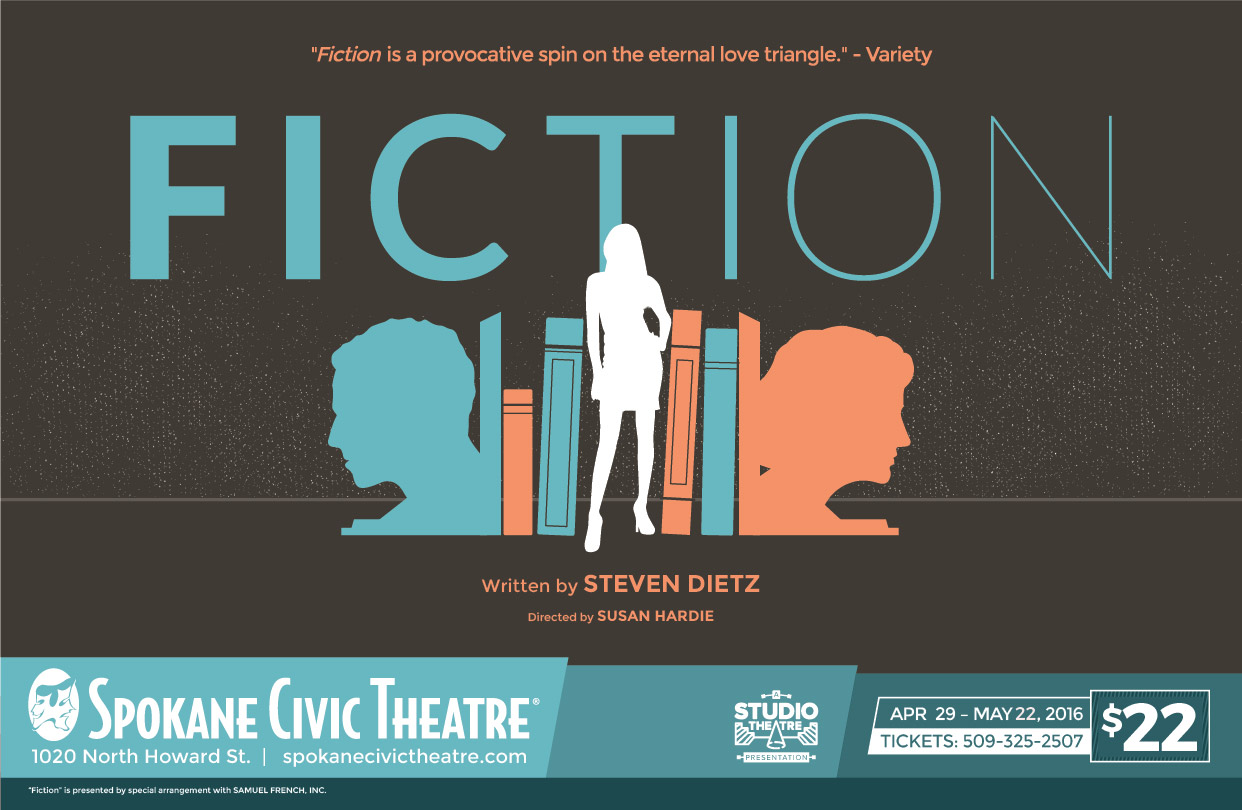 Linda and Michael Waterman are both successful writers, happily married to one another. They thrive on the give and take of their unusually honest and candid relationship. However, when they decide to share their diaries with one another, the boundaries between past and present, fact and fiction, trust and betrayal begin to break down. No life, as it turns out, is an open book.

“A work of uncommon insight; an adult, unsparing and yet often witty look at the intimate relationship between a man and a woman during a time of crisis.” – The Associated Press

“Everything about the play has an elegance and richness the theater sees too seldom.” – The New York Daily News

Fiction is directed by Susan Hardie and will be performed in our Studio Theatre April 29 – May 22, 2016.