We believe that next season will be one of the most exciting ones we’ve put on yet – and we’re excited to bring them to you! Let us know which of our 2015-16 productions you’re most excited to see in the comments section below!

This final poster reveal is our second regional premier of the season, and one you’re definitely going to want to see! 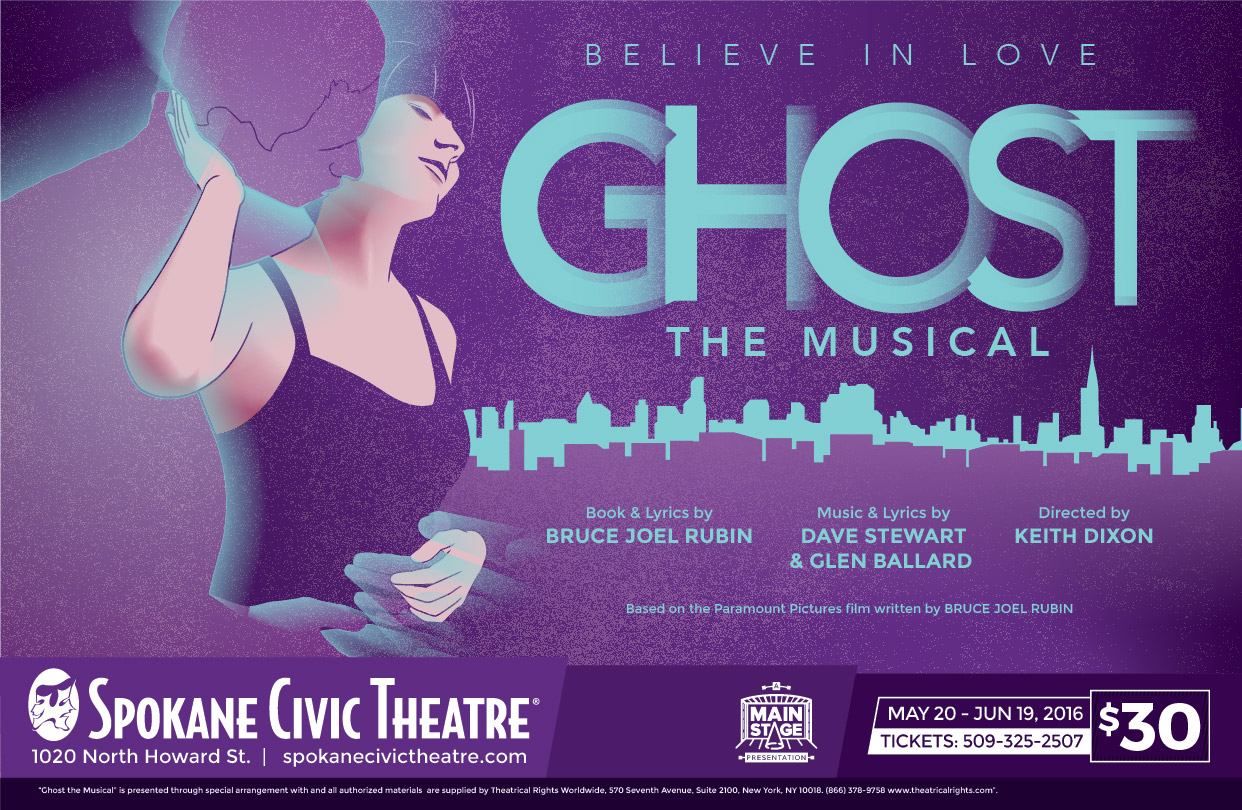 Adapted from the hit film, Ghost the Musical follows Sam and Molly, a young couple whose connection takes a shocking turn after Sam’s untimely death. Trapped between two worlds, Sam refuses to leave Molly when he learns she is in grave danger and turns to a storefront psychic, Oda Mae Brown, who helps him protect Molly and avenge his death.

“A dazzling display of undying love. Resistance is futile.” – The London Times

Ghost the Musical is directed by Keith Dixon and will be performed on our Main Stage May 20 – June 19, 2016.