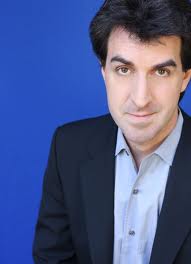 This is a one-of-a-kind opportunity to learn from “one of Broadway’s smartest and most sophisticated songwriters since Stephen Sondheim” (Philadelphia Inquirer). Mr. Brown’s accomplishments include a 1999 Tony Award for his score to “Parade“, a musical written with Alfred Uhry and directed by Harold Prince, which premiered at Lincoln Center Theatre in December 1998, and subsequently won both the Drama Desk and New York Drama Critics’ Circle Awards for Best New Musical. Jason is also the winner of the 2002 Kleban Award for Outstanding Lyrics and the 1996 Gilman & Gonzalez-Falla Foundation Award for Musical Theatre.


We are offering up to 300 people the opportunity to observe this select Masters Workshop of eight participants. Don’t miss out on the chance to audit this unique and dynamic course. Call Chris Taylor, Director of Education, at 509-325-2507 x406 to register!