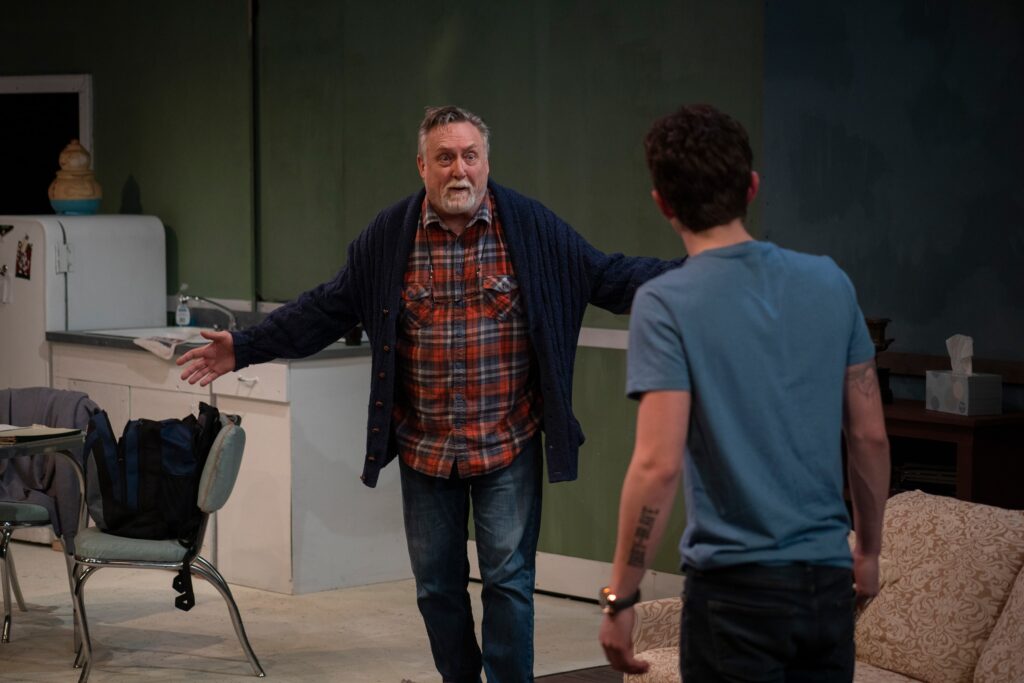 How do you tell the truth? Are cold hard facts enough to get the whole story across?

Spokane Civic Theatre’s production of “The Lifespan of a Fact,” a one-act play by Jeremy Kareken, David Murrell and Gordon Farrell, opens in the Firth J. Chew Studio Theatre on Friday at 7:30 p.m.

“I think it’s really timely,” director Marianne McLaughlin said. “It deals with the whole idea of when and what do we read, (and) is it something that we can trust? Is it factual, is it not?”

After the 2002 death of 16-year-old Levi Presley, Harper’s Bazaar commissioned John D’Agata to write an essay exploring the prevalence of suicide in Las Vegas. Written in 2003 under the title “What Happens There,” the article was shelved when the magazine’s editors took issue with D’Agata’s liberal use of “creative license.”

Recently graduated, Jim Fingal (Nicholas Griep) has just landed a job fact-checking articles for “one of the best magazines in the country,” when his boss hands him a big assignment: “a groundbreaking piece by author John D’Agata (Jamie Flanery).

“But Fingal has one huge problem – D’Agata made up a lot of his article.” The two face off in an amusing but serious battle: facts vs. truth.

Over the course of the play, the dramatized argument draws from the personal opinions of both authors as the characters address the definition of nonfiction with respect to the importance of facts and nonfiction.

Drawing from memories and documented conversations taken from D’Agata and Fingal, the play is still very much a dramatization and often departs from the original text.

“It’s basically their conversations and arguments over this piece that he’s written – conversations that in real life led to a seven-year journey of emails and texts, arguing back and forth about the idea of a ‘lyric essay’ and what was truly journalism,” McLaughlin said.

The term “lyric essay” was coined by D’Agata. The basic idea can almost be summed up in the text on the promotional poster:

Fingal tells D’Agata that his “cavalier approach to the facts violates about 10 different rules of journalistic integrity.”

And D’Agata responds, “‘About 10, Jim? What happened to accuracy? Or did 10 just work well for the effect you wanted to achieve?”

With the prevalence of “fake news,” McLaughlin explained, the story’s relevance reaches far beyond the confines of a one-act play.

“It’s been a wonderful show to come back with,” McLaughlin said, mentioning how she has been involved with Civic, both onstage and behind the scenes, for nearly 20 years. “Especially after over two years of not doing any theater … I’ve really enjoyed it.”

That’s not to say it hasn’t come with its challenges.

“When you have a play and it’s just about one argument, the question is how you present that in a provocative way,” she said. “In a way that’s going to draw the audience in and really, really makes them listen … because it just clips along. And the same argument comes up over and over again … these two men and their inability to back down.”

The story is well-written – provocative, intelligent and wordy, but also full of comedy, she said. The hardest part is balancing the comedic aspects with the core of the piece.

“Of course, you want it to be entertaining – it’s theater, right?” she said. “But you also want people to hear the message.”

“The Lifespan of a Fact” also stars Deborah Marlowe as editor Emily Penrose.