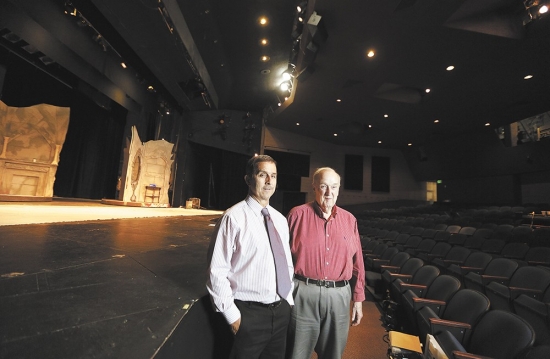 Something creatively wonderful was happening here about seven decades ago.

The horrid years of war had finally come to an end, and life in America — and in the city of Spokane — seemed prosperous again. The troops had come home, started families. People began to feel they could let loose a little, and the urge for creative expression didn't seem so frivolous with World War II finally behind us.

So on Dec. 18, 1945, a man named Harold Paul Whalen conducted the first concert of the Spokane Philharmonic Orchestra inside the elegant walls of the Masonic Temple. That legacy lives on through what we know as the Spokane Symphony, which celebrates the start of its 70th official season this fall.

Around the same time, a group of avid local thespians, led by Betty Tomlinson, gathered and began what would become the Spokane Civic Theatre, officially founded in 1947 and also entering what it considers its 70th season this month.

Over the past seven decades, both of these performing arts nonprofits have established themselves as respected beacons of creativity and talent, attracting some of the best musicians and actors to our region who desire to share their passions with the community.

"I think one of the reasons why we both have survived is that both the Civic and the Symphony have discovered that there are extraordinarily talented people here in the Inland Northwest," says Jack Phillips, the Civic's current interim artistic director who also led the organization from 1991 to 2004. He's been back for the past several months helping the theater transition to its new artistic director, Lenny Bart.

"Because of the level we have worked, we keep attracting people to come in and work for us, and that keeps building the amount of talented people," Phillips continues.

Leading the Civic with Bart is new CEO Mike Shannon, as the Civic enters into a new form of dual leadership, with both a CEO and an artistic director.

Article by Chey Scott of The Inlander

Picture by young Kwak of The Inlander