From evening gowns to gorilla costumes, Spokane Civic Theatre sale brings in funds for next season 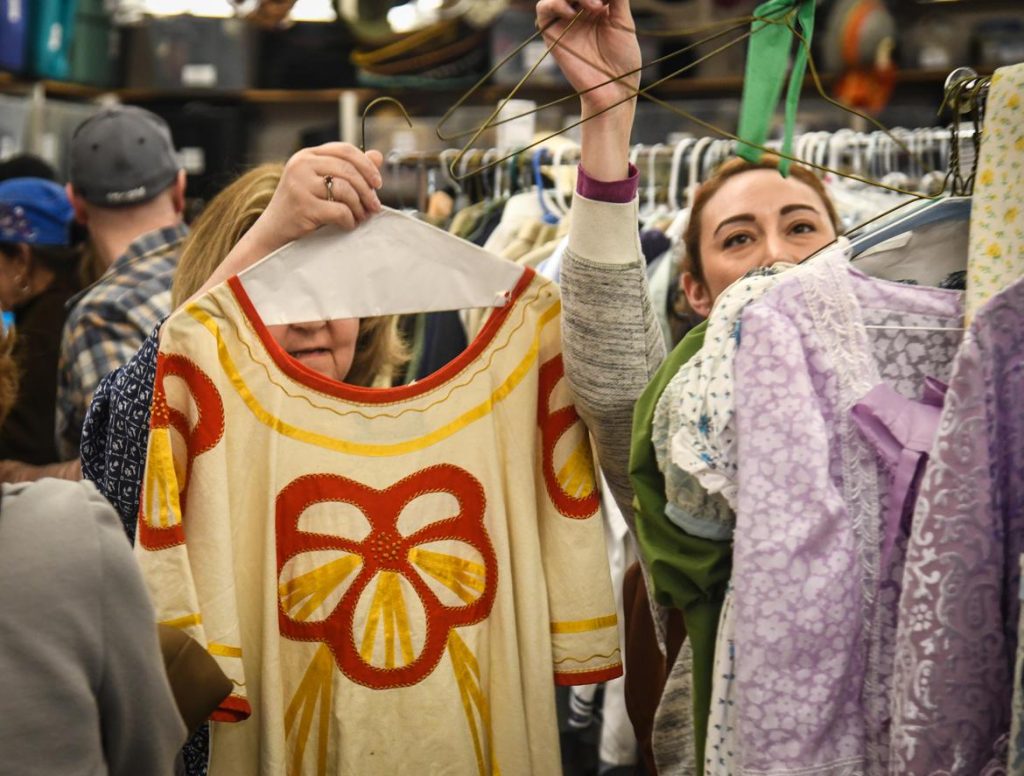 People were lining up Friday to take a crack at thousands of costume pieces up for sale during an event hosted by the Spokane Civic Theatre.

“This one is the first one,” she said. “What they’re doing today is going through 70 years of costumes.”

The items, ranging from hats to fur coats, cost between $5 and $30 each. The first sale was planned as a way to bring down the amount of off-site storage space the theater has to rent, Starnegg said.

“We need to bring the inventory down,” Starnegg said. “Frankly, we don’t have enough storage space.” 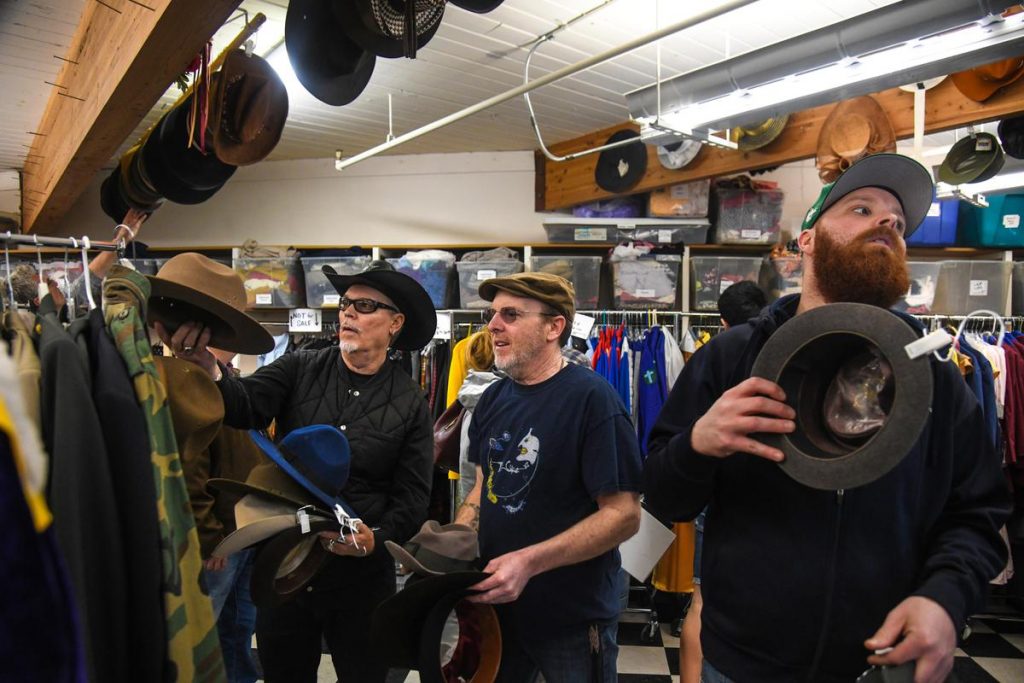 The reaction to the sale has been enthusiastic, Starnegg said.

“We were stunned when we opened the door,” she said. “The line was down to the next parking lot.”

Some people selected a few things while others stuffed large black trash bags so full they struggled to lift them. One person bought the entire Grease costume collection and another took home a giant pumpkin, a gorilla costume and a chicken costume.

The selection is incredibly diverse, offering everything from fur coats to petticoats. There’s a large selection of military uniforms and even a box labeled “bloomers and corsets.” You can browse men’s sports coats, women’s evening gowns, Civil War era clothing, ’70s shirts, even spangled western wear. There are also several boxes of fabric for those who might want to do a little sewing themselves.

James Wagner, who owns JR’s Bar-N-Grill on East Sprague Avenue, saw information about the sale on social media and decided to stop in.

“At my bar we do drag entertainment, so I was looking for costumes for my drag queens,” Wagner said.

He found a few items and said he was also looking for everyday things he could wear.

“I’m finding a lot of cute stuff, which is amazing,” he said.

Hetty Parker of Salem, Oregon, was in town for the American Association of Community Theatre competition.

“We saw all the signs and we couldn’t say no,” she said. “We’re all suckers for bargains and costumes.”

It didn’t take her long to pick out a black 1920s style hat with a large bow and a colorful scarf that went perfectly with her outfit.

“There’s a whole bunch that I love,” she said. “I’m just trying to be smart. It would be easy to go overboard.”

The risk that comes from selling decades worth of costumes is that the theater might discover that it needs something that it just sold, Starnegg said.

Still, the sale needed to happen.

“You can’t store everything forever,” she said. “We’re not Hollywood.”

The proceeds from this year’s event will be used to put on next year’s season, she said.

There are discussions about making the costume sale an annual event, she said, and the positive reaction to the inaugural event makes that more of a possibility.

“The community has supported us for so many years,” she said. “This is great. We’re so excited. We truly had no idea.”

Article by Nina Culver of The Spokesman-Review

Photos by Dan Pelle of The Spokesman-Review