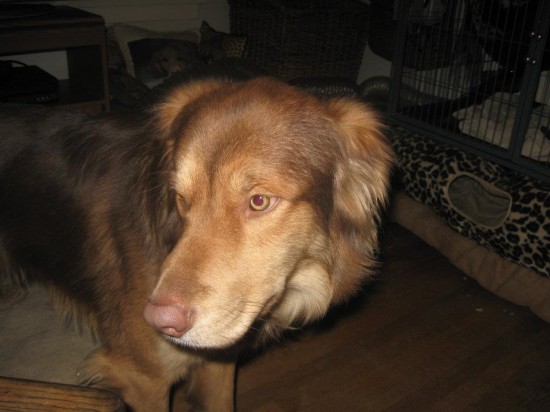 Last year SpokAnimal partnered with Spokane Civic Theatre on a calendar, which used our adopted dogs playing the roles from featured Civic productions.  That partnering led to SpokAnimal purchasing an evening at their production of Annie.  Val Hughes from the Family Dog came to SpokAnimal to select a dog to train to play the part of Sandy. We sold tickets to the play and nearly filled the theater. Additionally, we held a silent auction that was very spirited and fun while raising funds for our injured animals.  Thanks to all who attended or purchased and donated tickets for Ronald McDonald House and Anna Ogden Hall residents to attend.

It’s official SpokAnimal’s “Sandy” who went to live with Val Hughes to star in the Civic Theatre’s Annie for the past several months is officially being adopted by his trainer.  If you are familiar with the story of Annie, you know that the Mudge family pretended to be Annie’s long lost parents in order to collect undeserved money offered by Daddy Warbucks.  Sandy’s nickname on set was “Sandy Mudge” now shortened to “Smudge”!