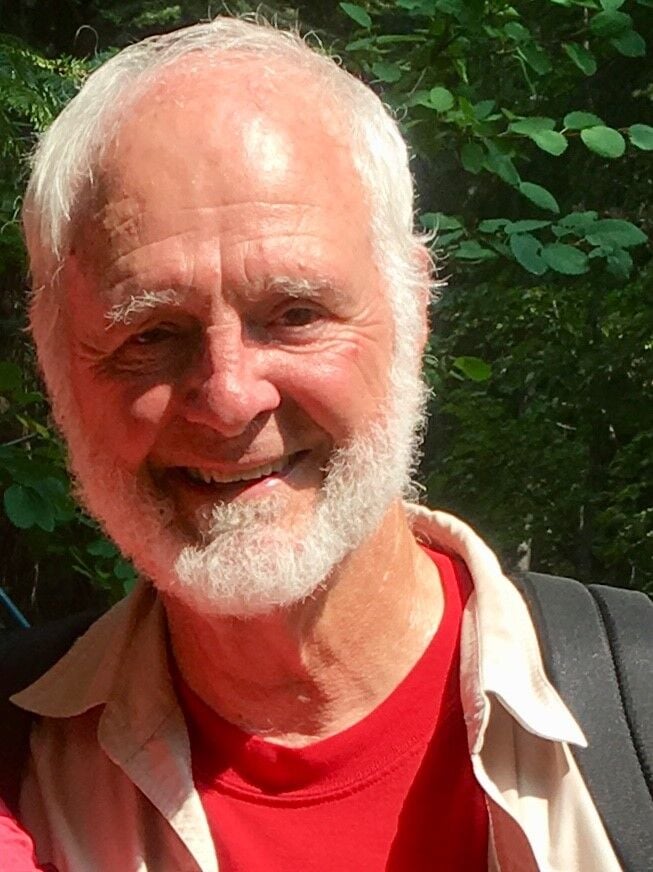 Bryan Harnetiaux has served as Spokane Civic Theatre’s playwright-in-residence since 1982. Over the course of four decades, Harnetiaux has written more than 40 plays ranging from single-act to full-length, 13 of which have been published.

Retired from the military, Augie returns home for the first time in 40 years to attend his high school reunion. While there, an old friend encourages Augie to break into his childhood home to retrieve a long-lost but valuable baseball card. As the show unfolds, Augie works his way through the ensuing turmoil, stirring “the ashes of his troubled childhood in search of meaning, if not peace.”

Directed by Jerry Sciarrio, “Exile” is rated PG-13, and will be staged in the Firth J. Chew Studio Theatre.

Raised in Southern California before moving to the Inland Northwest, Harnetiaux grew up with a fondness for literature but never wrote much until college. Harnetiaux would go on to study at Gonzaga University. There, after a few disappointing experiments with fiction and poetry, his involvement in various theatrical productions and a class taught by Dorothy Darby Smith inspired him to give playwrighting a try.

“I took Oral Interpretation from her,” Harnetiaux said. “I thought, ‘This’ll be easy, easy peasy,’ … but she just rocked my world.”

Harnetiaux, 75, found time to take on various character roles in productions at Spokane Civic Theatre between finishing law school in 1973 at GU and starting his legal career.

And while practicing law and raising a family with his wife and trusted editor, Sue Ann, he continued to write in what little spare time he had left.

How did he balance it all? He dedicated “two thirds” of his time to each pursuit, and eventually, it all came together.

He stayed active at Civic in the meantime, and in 1982, former executive director Betty Tomlinson came to him with an invitation to become the theater’s resident playwright.

There wasn’t any money on the table, but the offer meant that Harnetiaux would have the opportunity to workshop his plays on a semi-regular basis.

“They would have the right of first refusal of anything I put up … and I would have a place to call home,” he said.

He said yes. And 40 years later, he’s still there.

Since starting at Civic, Harnetiaux has had a dozen full-length plays and more than 30 shorter plays produced at the theatre including commissioned stage adaptations of Ernest Hemingway’s “The Snows of Kilimanjaro” and “The Killers,” and Kurt Vonnegut Jr.’s “Long Walk to Forever,” among others.

Starring local actor David Casteal, Harnetiaux’s play “National Pastime,” examining the process of breaking the color line in major league baseball in 1947, has been produced several times in theaters across the country including the Fremont Centre Theatre in South Pasadena, California, and an Equity production at the former Stamford Theatre Works in Stamford, Connecticut.

“I’ve always been interested in family dynamics … how we live authentically when it is so easy to default to avoidance and denial,” he said. “I think, as human beings, it’s hard to look at and be truthful with yourself and others.”

But plays, he said, quoting Tennessee Williams, are “a snare for the truth.”

“I’m always asking my characters, ‘Are you acting authentically?’ ” he said. “I care about how they justify the decisions in their lives … something that’s always I think, worth examining … what makes people function and how they go about making their choices … to what extent they’re willing to re-examine those choices in given circumstances.”

To aspiring writers, Harnetiaux had the following advice.

“First, just write,” he said. And second, get the whole idea on paper before going to an editor.

“Keep your own counsel at the start,” he said, paraphrasing a passage from Dorothea Brande’s “Becoming a Writer.”

“If you talk about your work – whatever it is – to anyone else, your subconscious is satisfied and you will lose that impetus causes you to write.”