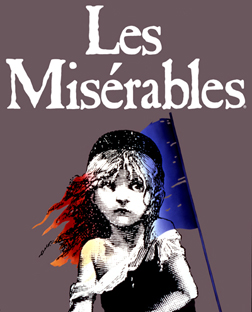 Preparation: All music will be selected from the score and will be available at the box office after March 18.  More specific details online will follow.  Memorization of the selected material is highly recommended for specific role consideration.

The roles of Jean Valjean and Javert have been cast through the Civic audition process in advance.