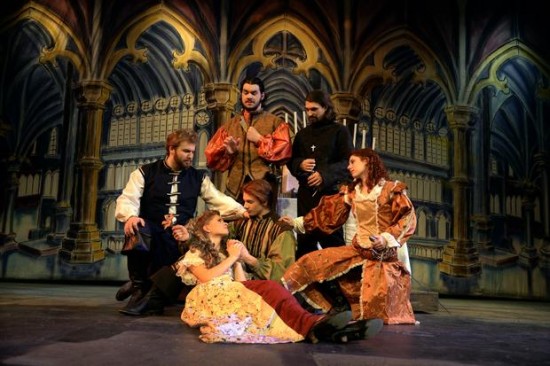 Since its first publication in 1844, Alexandre Dumas’ novel “The Three Musketeers” has remained one of literature’s most iconic adventure stories. The title characters – French infantry soldiers Athos, Porthos, Aramis, along with their impressionable young charge d’Artagnan – have been depicted in so many films, TV shows and theater productions over the years that their motto of “all for one, one for all” has entered into the general lexicon.

Playwright Ken Ludwig, an expert in revamping old literary properties, has adapted Dumas’ tale into a fast-paced, family-friendly stage play that premieres Friday at Spokane’s Civic Theatre. The show’s director, William Marlowe, hopes a new audience will be exposed to and inspired by the Musketeers, much like he was at a young age.

“I read it when I was in eighth grade and loved it, and then I read the whole series,” he said of the novel and its two sequels. “And I was d’Artagnan…. read the rest of this article at Spokesman.com