Spokane Civic Theatre takes on Songs For a New World 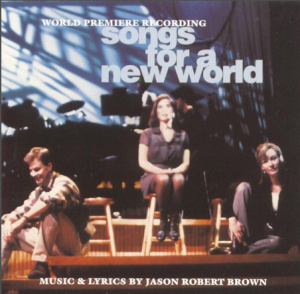 Songs for a New World, 8th Annual In Concert Fundraiser

On October 26 and 27, Spokane Civic Theatre will take on Songs for a New World as they present their 8th Annual In Concert Fundraiser. This In Concert continues to support the funding of live professional musicians in the Civic orchestras, and will feature many of Spokane’s finest live instrumentalists and vocalists.

Songs for a New World, will feature classical, jazz, gospel and pop songs by composer Jason Robert Brown. What will make this In Concert special is Jason Robert Brown himself. Jason will be attending the performance on Saturday, October 27, with a talkback following the show. Jason chose Spokane Civic Theatre from among the Nation’s community theatres that will be producing his show. This is a special honor in itself.

Jason is the composer and lyricist of the musical, “The Last Five Years,” which was cited as one of Time Magazine’s 10 Best of 2001 and won Drama Desk Awards for Best Music and Best Lyrics. Jason won a 1999 Tony Award for his score to “Parade“, and subsequently won both the Drama Desk and New York Drama Critics’ Circle Awards for Best New Musical. Jason’s first musical, “Songs for a New World,” has since been seen in productions around the world. Other musicals include “13” (2007) and his latest, “Honeymoon in Vegas.”

The Cast of Songs for a New World:

Meet some of the cast

Steve Mortier made his debut at Carnegie Hall in 1996 with the New England Symphonic Ensemble in Haydn’s The Creation and at Lincoln Center with The National Chorale in The Messiah. Mr. Mortier has performed in Spoleto Festival USA’s production of Curlew River, with Pittsburgh Opera in L’Elisir d’Amore as Dulca-mara, with Lake Charles Symphony in their fully staged production of Oklahoma, with Mississippi Opera as Figaro in Le Nozze di Figaro and with Spokane Opera as the Count in Le Nozze di Figaro. With such companies as Chautauqua Opera, Birmingham Opera, Opera Pacific and the Vallejo Symphony, he has sung leading roles in Don Giovanni, Madama Butterfly, Falstaff, The Bartered Bride, and The Tenderland, as well as a special production of Weill’s Mahagonny led by Kent Nagano. Mr. Mortier is currently on the voice faculty at Eastern Washington University.

Darnelle Preston received a Masters Degree in Vocal Performance from Boston University. She has performed as soloist with the Utah, Nashville and Carmel Symphonies, Boston Handel & Haydn Society and the Washington D.C. Masterworks Orchestra. Locally, Ms. Preston has performed with the Spokane Symphony, the Northwest Bach Festival, the Sandpoint Festival and Spokane Opera. She is currently a member of the voice faculty at Gonzaga University and Associate Artistic Director for the Spokane Area Youth Choirs.

Robby French is a graduate of The American Musical and Dramatic Academy and The New York Conservatory For the Performing Arts. His credits include, The Complete Works of William Shakespeare, Abridged! (Regional/tour), Law and Order: SVU, All My Children, Amazing Grace (film/TV) and locally, The Last Five Years (Jamie), Les Misérables (Grantaire), The Full Monty (Jerry) and most recently Roger Davis in the Award winning RENT.

Jim Swoboda has been a member of the Spokane Symphony Chorale since 1989. He also enjoys performing the National Anthem at local sporting events. Mr. Swoboda is the Owner and Director of Photography at ILF Media Productions in Spokane.

All Tickets $30 (includes post show reception & performance) – Call the Box Office at 509-325-2507 or go to www.spokanecivictheatre.com/tickets.