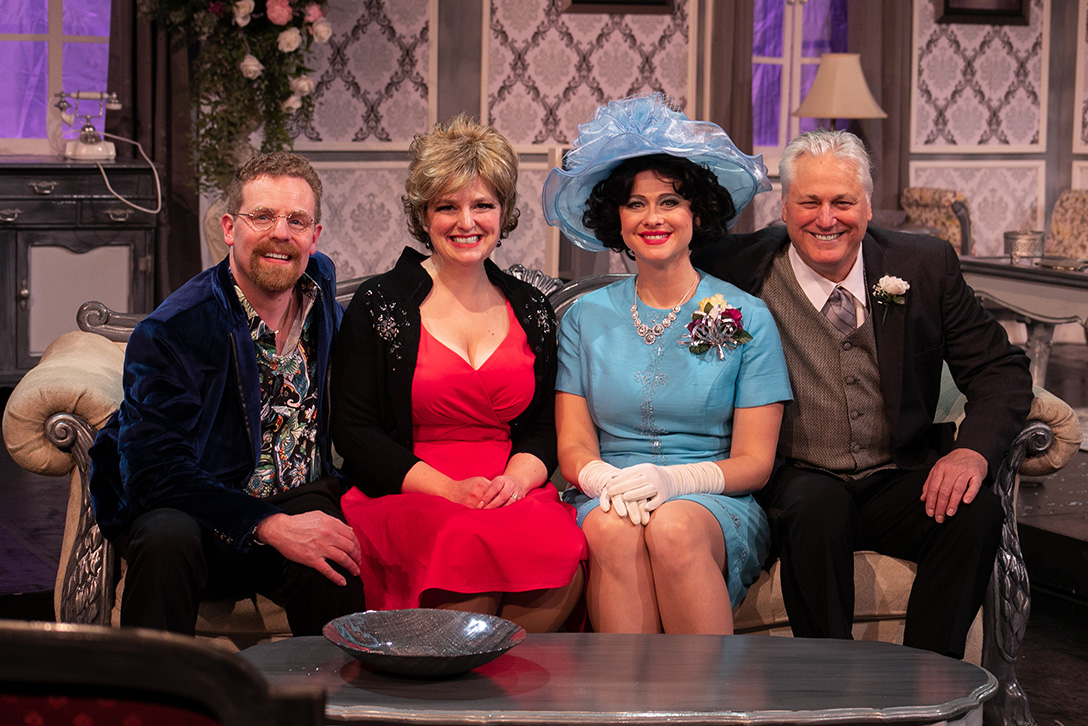 Spokane Civic Theatre’s opening night of “Plaza Suite” was a success, to say the least. Directed by Civic veteran Troy Nickerson, the play is funny, sad and often borders on uncomfortable to watch, but considering the material, it’s supposed to be.

Written by four-time Tony Award winner Neil Simon, “Plaza Suite” follows a trio of couples as each successively occupies suite 719 at the Plaza Hotel. Over the course of the play, we learn that room 719 is a crucible of sorts, having born witness to the beginnings – and endings – of quite a few marriages.

For Sam (Thor Edgell) and Karen (Sarah Junette Dahmen), their visit – much like their marriage – can’t end soon enough. “How many years have they been married?” you might ask. Too many, it seems, because at this point, the least of their arguments is over that exact number.

They’re dishonest, they don’t listen, and they never give each other the benefit of the doubt. The passive aggression on both sides is so toxic, it’s a wonder they haven’t already overcome the inertial familiarity keeping them together.

This vignette was the most difficult to watch because, while it seemed likely that Sam and Karen would stay together, I had no sense of hope that either of them would ever be happy again.

At some point in the play (then again, I may be remembering a line from Stephen Sondheim’s “Company,” which was published the year after “Plaza Suite”), a character says something to the effect of “it looks worse from the outside.” And for their sakes and those of anyone in a similarly adversarial marriage, boy do I hope that’s true.

Once high school sweethearts, Muriel (Lisa Edwards) and Jesse (Craig Hirt) have lived the majority of their years since graduation with an entire continent and four marriages between them. None of the these marriages – three for Jesse and one for Muriel – have been particularly successful, however, so the pair have spent the years pining after the idea of each other.

Jesse, despite what he says, has clearly come to New York in hopes of seducing Muriel. And Muriel, despite what she says, is very much in favor of that. The power dynamic in a scene like this could’ve read as predatory on Jesse’s part, but the way the actors played it here put all the power in Muriel’s hands. It was refreshing.

In the last vignette, Norma (Dahmen) and Roy (Edgell) arrive ready to send their daughter Mimsy (Edwards) down the aisle. Unfortunately, before they can make it to the ceremony, they’ll have to persuade her to leave the bathroom in which she’s locked herself. Chaos ensues.

The argument between Norma and Roy that follows clearly forms the kind of grim memento mori that Mimsy presumably fears her relationship with Borden (Hirt) will amount to in the future. But, luckily for the young couple, all is not lost. There’s still hope for monogamy … right?