REVIEW: Just the facts in ‘The Lifespan of a Fact’ at Civic Theatre? 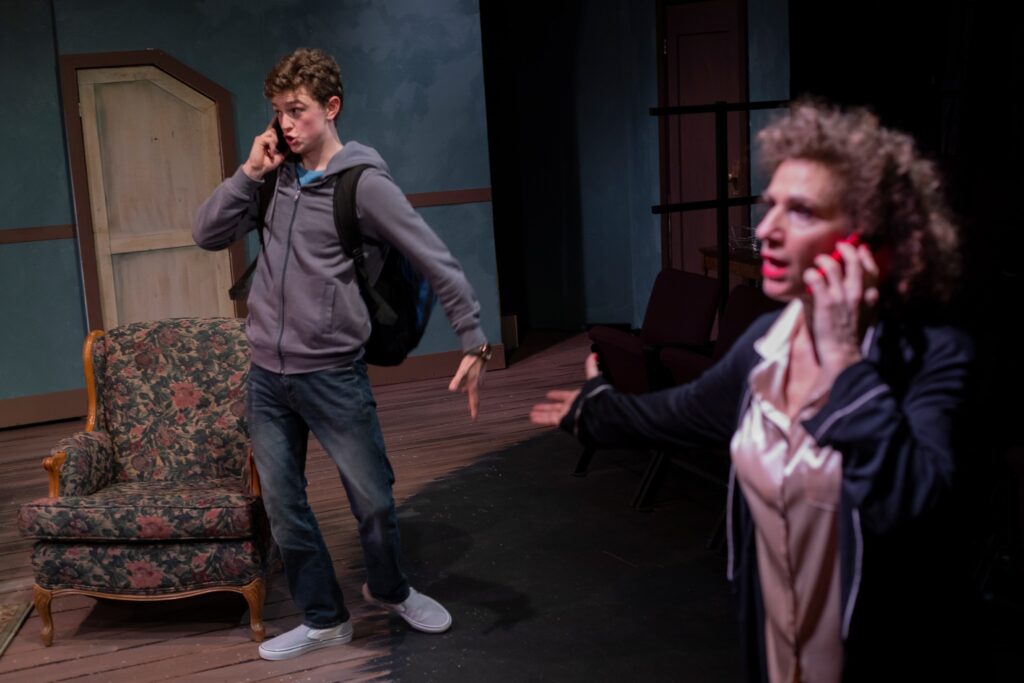 How do you tell the truth? Can cold hard facts really tell a story in a meaningful way?

Spokane Civic Theatre’s production of “The Lifespan of a Fact,” a one-act play by Jeremy Kareken, David Murrell and Gordon Farrell, asks exactly that.

Based on a true story, the play follows Jim Fingal (Nicholas Griep), a recent graduate who has just landed an internship fact-checking articles for “one of the best magazines in the country.” On day one, his editor, Emily Penrose (Deborah Marlowe), hands him a potentially groundbreaking article – that is, an essay – written by the legendary John D’Agata (Jamie Flanery).

Can Jim finish it over the weekend? It’s only 15 pages – how long could it take? Turns out it could take a very long time indeed.

Beautiful and movingly written as it is, Fingal quickly discovers that the majority of the article is either unverifiable or essentially made up.

To Fingal, that’s a huge problem; to Penrose, it’s, eh … a problem. But to D’Agata, it’s not a problem at all.

Their positions are summed up nicely by each of the character’s living and workspaces. Fingal’s desk is angular, minimalist – no-nonsense. D’Agata’s is sentimental, each piece of furniture telling a story of its own. Penrose’s office is a compromise, meeting each somewhere in the middle.

At one point, Fingal is trying to explain his objections to D’Agata.

He tells D’Agata that his “cavalier approach to the facts violates about 10 different rules of journalistic integrity.”

D’Agata gasps dramatically and responds, “ ‘About 10,’ Jim? What happened to accuracy? Or did 10 just work well for the effect you wanted to achieve?”

It struck me that any time D’Agata is telling a story, whether it’s about his own life or someone else’s, you can never be sure that what he’s saying is factually accurate. In fact, you can almost be certain that they’re not. But he’s fine with that. Because, you see, as an “essayist,” not a journalist, D’Agata has no interest in cut and dry facts. His only concern is the truth.

The play is a question to which the central argument never quite finds an answer. But you still feel the conclusion.