PREVIEW: ‘This Is Our Youth’ gives a more experimental view of theater 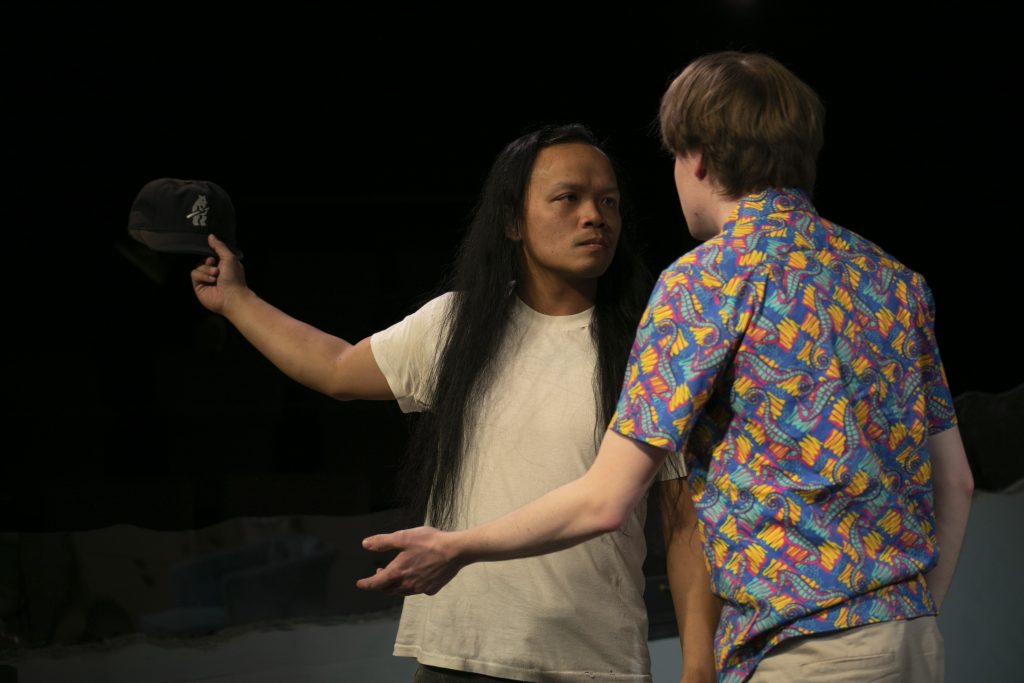 From Friday to Dec. 8 in the Firth J Chew Studio Theatre at the Spokane Civic Theatre three actors will take the stage to play out an evening in their apartment for the production of Kenneth Lonergan’s “This Is Our Youth.”

In the Broadway and West End productions of the show, major actors like Mark Ruffalo, Michael Cera, Jake Gyllenhaal, Matt Damon, Casey Affleck and Kieran Culkin have all played various characters in the production.

“[Taking place in] 1982 on Manhattan’s Upper West Side, the wealthy, articulate, pot-smoking teenagers who were small children in the 60’s have emerged as young adults in a country that has just resoundingly rejected everything they believe in,” the Spokane Civic Theatre’s website said.

The play works to draw out the audiences’ feelings of nostalgia while also addressing hot topics from the 1980s that are still applicable today.

“For me personally, two of the characters are 19 and the other is 21 and as a student myself in New York City at the time it really resonates with me,” said Jamie Suter, the stage manager for the production. “I can picture myself in that time having these high stakes situations which now looking on them aren’t as serious but to them it’s everything.”

To make the show feel more real and intimate it is taking place in the Civic’s Studio Theatre. This means that there is less seating and the stage is smaller. However, the audience is incredibly close to the actors and the set and they can see every single movement and emotion.

“We’re basically in your laps the whole show,” said Jacob Carruthers, who plays Warren Straub in the show. “There is still this divider, but you can see our faces very clearly and our gestures are more subtle to make up for that. There’s no hiding the stuff that happens.”

Suter said that the show feels contained and like the audience is getting a secret glimpse into three peoples’ lives.

“The set designer has designed it in a way where it almost feels like it’s coming into the audience, which is a really interesting perspective,” she said. “They have reconfigured the seating in the theater so it’s more like ‘theater in the round’ so you can see the show from different perspectives and angles.”

The show also plays with the idea of the theater of cruelty. This means that the audience is drawn into the production whether they want to or not because they are in such an intimate space.

“This Is Our Youth” is very different from everything else in the Civic’s season.

“Out of all the shows I’ve been in this one is the most grounded in reality,” Carruthers said. “A lot of my other shows had a very stylized theme driving its design and this one is just this one New York apartment that we’re plopping on a stage. It’s a really unique experience.”

Suter said that this production will appeal to people like Gonzaga students because it plays on the ideas of coming of age and nostalgia and even though it takes place in a different decade it will still appeal to most people today.

“With the studio we like to be a little more experimental with things and the audience has come to expect the unexpected,” Suter said. “We hope that it always works in our favor that audiences will leave the theater surprised but pleased.”

“This Is Our Youth” will be in the Firth J Chew Studio Theatre from Friday to Dec. 8, Thursdays through Saturdays at 7:30 p.m. and Sundays at 2 p.m. Tickets are $25 for all ages, $13 for the all age rush tickets, which are sold 30 minutes before the show and on Saturdays all students can get $10 teen tickets with proof of study.

More information about the upcoming production and the Civic Theatre can be found at: spokanecivictheatre.com/productions/this-is-our-youth/.

Article by Riley Utley of the Gonzaga Bulliten