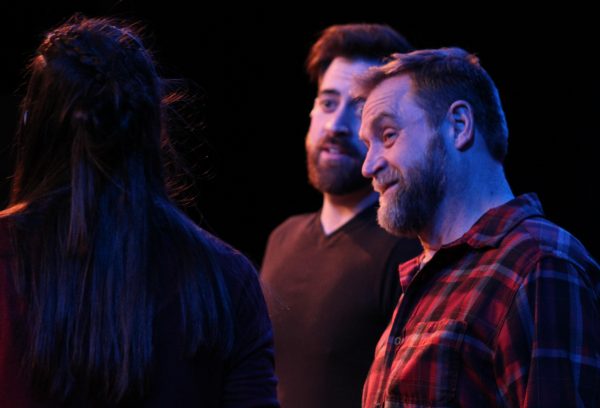 Musical revues are nothing new for Spokane Civic Theatre, but “Broadway, Beat by Beat” isn’t exactly like other revues.

Sure, once the performers take the stage, they’ll perform Broadway hit after Broadway hit, either solo or as part of a duet or group.

During auditions, creative director Jake Schaefer and music director Henry McNulty asked those auditioning to suggest a few songs they’d like to see included in the show.

Schaefer and McNulty suggested a few pieces themselves, but the majority of the song selections came from those performing them.

“Broadway, Beat by Beat” will be performed Friday through Sunday on the Margot and Robert Ogden Main Stage.

Schaefer and McNulty gave the revue a title that was intentionally wide in scope so they “didn’t have to do any round-peg-into-square-hole work,” Schaefer said.

After evaluating the pieces they had to work with, Schaefer and McNulty let the songs dictate the setlist.

“What that empowered us to do was to situate the song list in a fashion that made sense without having to put pressure on the performers to learn a bunch of new material,” Schaefer said. “There was only a few of them that we asked to sing new songs because their suggestions didn’t fit the mold of the tone.”

“Broadway, Beat by Beat” is, for the most part, ballad-free, so those who suggested a ballad and an uptempo number were often assigned the latter piece.

The revue will also include performances of “I’m the Greatest Star” from “Funny Girl,” “Extraordinary” from “Pippin,” “At the Ballet” from “A Chorus Line,” “Maybe This Time” from “Cabaret,” “The Ladies Who Lunch” from “Company” and “Bring Him Home” from “Les Misérables.”

Closing the show is a special piece called “Being Human,” which was written by McNulty and the participants of last summer’s Radar, a week-long training program for high school and college students.

Each morning, a group of students worked with McNulty on the music. The other group worked with Schafer on the story.

At the end of the program, the group performed their original script and song, which closed the show.

“It’s really special for us because this song was written in this building for Civic,” Schaefer said. “What we’ve done since then is Henry’s finished the song and now it’s the closer of ‘Broadway, Beat by Beat.’”

Schaefer, who directed many of the solos and “Being Human,” split directing duties with the likes of Kathie Doyle-Lipe, who directed “Mr. Sandman,” and Troy Nickerson, who directed a few company pieces and the opening number.

But ultimately, “Broadway, Beat by Beat” comes back to the performers, who’ve anchored the show even before rehearsals began with their song suggestions.

“By way of promoting cash flow for the company, we wanted to put in an experience that was solely for the performers,” Schaefer said. “They are driving this.”