After experiencing a few technical difficulties yesterday, we were unable to post our Les Liaisons Dangereuses poster – so, to make up for it, we’ll be posting TWO today! 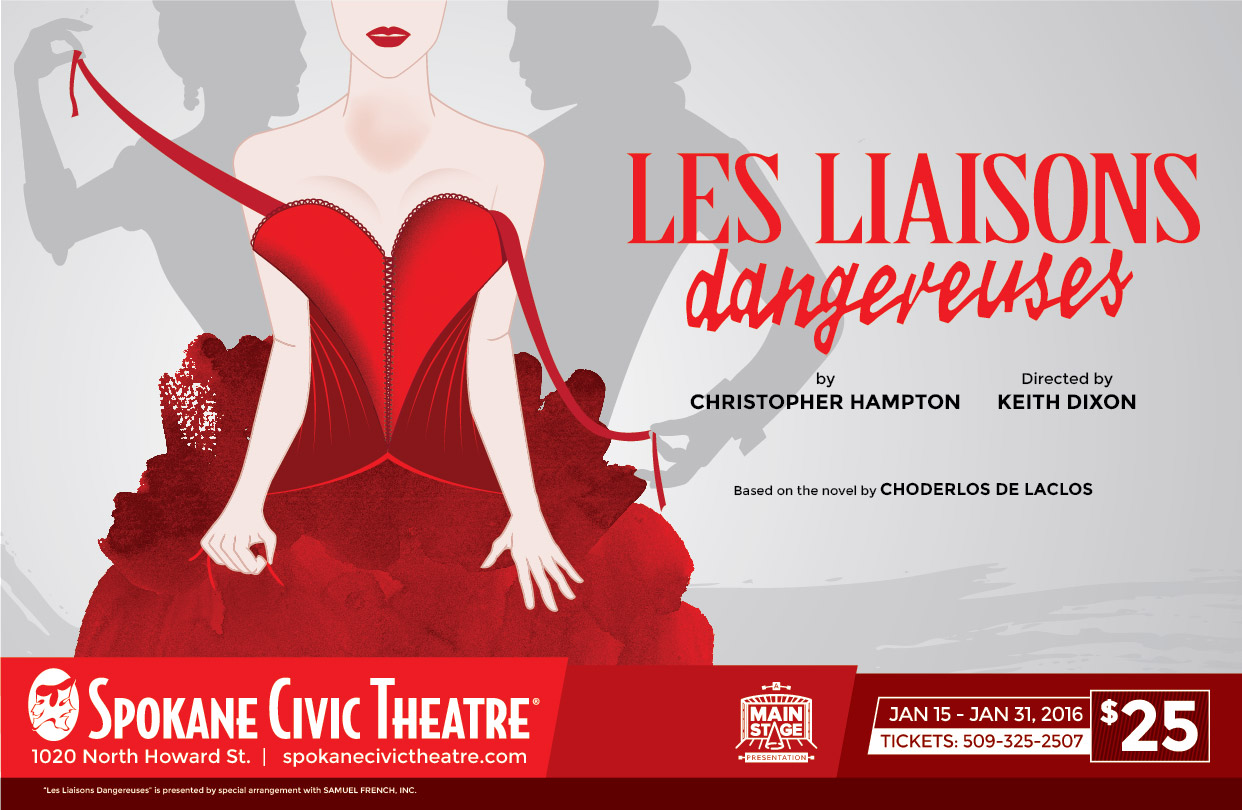 A French tale of seduction among aristocrats before the revolution, this classic drama explores decadent sexuality, morals, and manipulation played as the ultimate game with tragic results. The film, Dangerous Liaisons, starred Glenn Close, John Malkovich, and Michelle Pfeiffer.

“A compelling evening of malicious wit.” – The New York Times

Les Liaisons Dangereuses is directed by Keith Dixon and will run January 15-31, 2016.