Today we share with you poster reveal #3 out of the 10 we have to show you! Our 2015-16 Season Brochures are almost finished – if you’d like to receive one, send us an email with your name (first and last) and current mailing address and we’ll get you on the list! 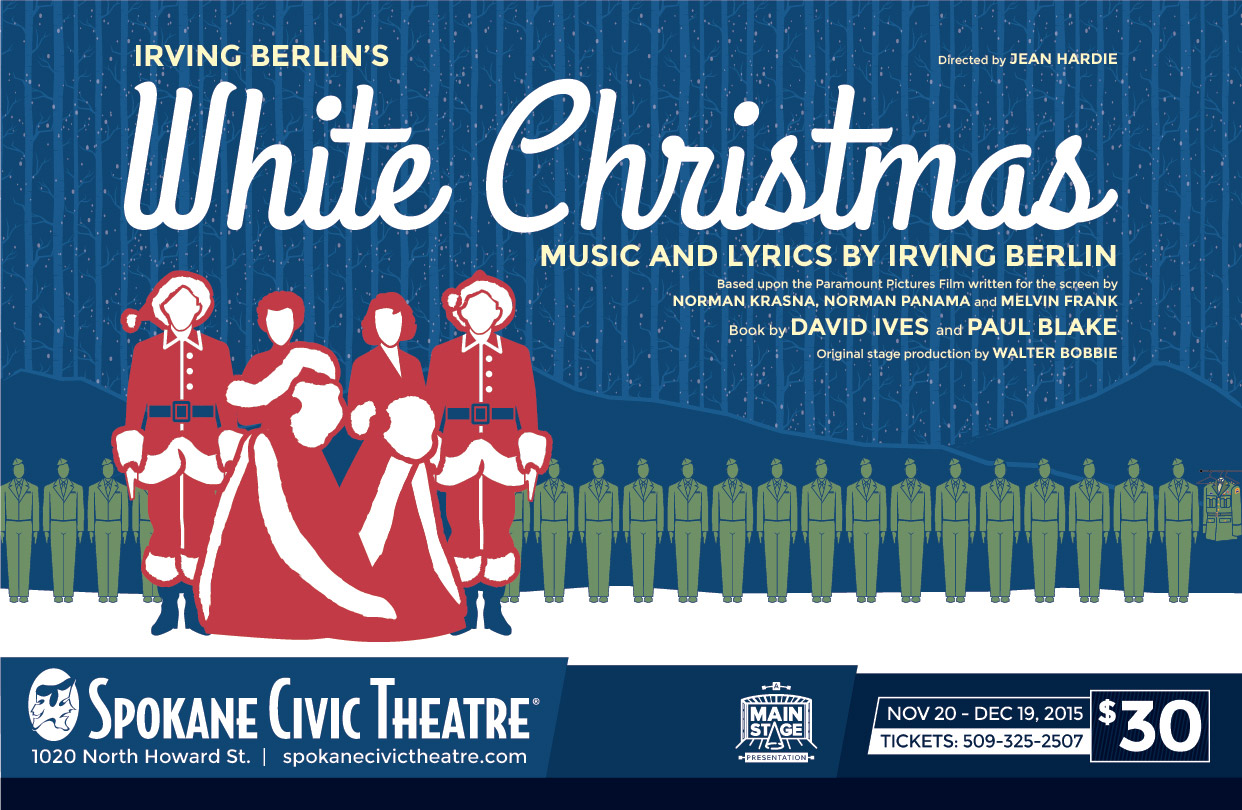 Based on the timeless film, this heartwarming musical adaptation tells the story of veterans Bob Wallace and Phil Davis who have a successful song-and-dance act after World War II. With romance in mind, the two follow a duo of beautiful singing sisters en route to their Christmas show at a Vermont lodge, which just happens to be owned by Bob and Phil’s former army commander.

“An irresistible story, based on one of the best Christmas movies ever.” – The Journal News

“If you’re hankering for a fix from the fifties, WHITE CHRISTMAS is the perfect gift.” – NY1

White Christmas, a Spokane favorite, is directed by Jean Hardie. Run dates for this production are November 20 – December 19, 2015.