In 1997, 50 years after Jackie Robinson broke the color line in major league baseball, Spokane Civic Theatre Playwright-in-Residence, Bryan Harnetiaux, was working on a new play for Civic’s 1997 – 1998 Studio Theatre Season. In the midst of this work, he picked up, for casual reading, Arnold Rampersad’s Jackie Robinson: A Biography. This book “grabbed him by the throat.” As a playwright, lawyer and life-long baseball fan, he was stunned at how little he really knew about the story leading up to this iconic event in American history. With the blessing of then-executive director Jack Phillips, Bryan abandoned the current play-in-progress and began intensive research to determine whether Jackie Robinson’s epic journey could be brought to life on the stage.  What he discovered was a compelling need to tell the story of how this seismic shift in American culture came about.

This summer, in commemoration of the 75th anniversary of Jackie Robinson’s achievement, National Pastime returns to Spokane Civic Theatre for an 8 performance run on the Main Stage, directed by New York City-based director and professor Pat Golden. 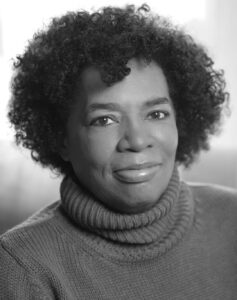 In 2021, Golden directed 2 Short films—both nominated for awards in the Tokyo Film Festival.  As Producer and Associate Producer, Pat worked on numerous feature films. Additionally, she was an AD on the Broadway production of Tennessee Williams’, A Streetcar Named Desire and for the German director, Volker Schlondörff on his production of the opera, From the House of the Dead at Opéra-Comique in Paris.

Pat is also on the faculty at Columbia University in the Film Program and at HB Studio, teaching The Art of Directing.