Time to get acquainted with our next playwright! 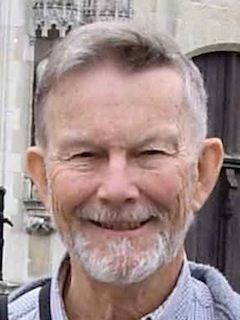 No formal training. Joined a playwrights’ group after retirement; learned from others and by writing and rewriting.

What is Stopgap about?

Three seniors share their thoughts on memory, or lack thereof. Humorous and thought-provoking.

I read an interview with Tom Stoppard in which he mentioned dropping the pursuit of a play on memory loss, after 6 months of research, because it was a subject for brain scientists and philosophers. That night, when I could go back to sleep, I just started writing the first draft of this play.

Yes, I will be attending this weekend.

My other retirement activity is weaving, mostly tapestries.

Stopgap is one of six one-act plays showing at the sold out Playwrights’ Forum Festival this year – and one of five competition pieces. Each of the five pieces will be competing to win the Adjudicator’s Choice Award, and an Audience Choice Award.