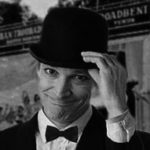 In this two-person play, we follow John Barrymore, a Hollywood legend, in 1942 – shortly before his death.

E.J. Iannelli provides a summary in his review in The Inlander‘s March 6-12 issue:

“An unabashed alcoholic, he had his lines spoon-fed to him via cue cards when he reached the point where he could no longer commit them to memory. He collapsed during a radio broadcast and soon died, at age 60, from cirrhosis of the liver and complications of pneumonia. 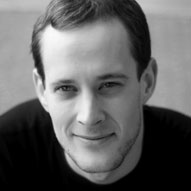 When the curtain rises on William Luce’s 1996 play, directed at Interplayers by Mary Starkey, it isn’t John Barrymore in his early 20s we encounter, but rather a late-days Barrymore who wheel s in a drinks cart, reciting saucy limericks. He’s supposed to be preparing for a last-ditch theatrical revival of Richard III. But his inability to remember his lines or plug the stream of anecdotes (or indeed the jug) — despite the best efforts of his disembodied prompter, Frank (Todd Kehne) — is working against him.”

This very adult comedy was described by correspondent, Sandra Hosking in her March 5, 2014 Spokesman Review article, as “containing much humor, including fun word play and a few bawdy limericks.” 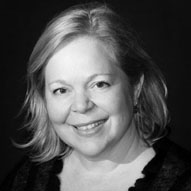 Larry Wooley, President of the Board, Spokane Civic Theatre, saw Barrymore over the weekend and shared:

“Being a fan of Mary Starkey, Patrick Treadway, and Todd Kehne I made it a must-see this season.  I suggest you do as well.  The laugh-out-loud rhythm of comedic timing between Todd & Patrick is absolutely worth every bit of admission.  Don’t miss this production!”

Barrymore closes this weekend, so get in to see this fantastic team at work!

(See more Treadway when he returns to Civic in the 2014-15 season, as director of The Servant of Two Masters.)