This faithful adaptation by the Royal Shakespeare Company features all the most beloved songs and moments from the 1939 classic film, brought to life onstage. Young Dorothy Gale is swept away by a tornado from her Kansas farm to the magical land of Oz. There, she encounters a host of whimsical characters: good witches, bad witches, animals that talk, scarecrows that walk, and things magical to behold. To find her way home, she must journey along the Yellow Brick Road to see the mysterious and all-powerful Wizard in Emerald City. Along the way, she makes new friends, but must also brave many dangers, including the Wicked Witch of the West, who will stop at nothing to get her hands on Dorothy’s magical ruby slippers. To make it home safely, Dorothy must learn an important lesson: there’s no place like home.

By L. Frank Baum
Music and Lyrics by Harold Arlen and E.Y. Harburg
Adapted by John Kane for the Royal Shakespeare Company

DOROTHY GALE: female, (Mezzo/Mix) Young Kansas girl — to appear 12 – 17, earnest, expressive, and strong-willed, in search of something more. Very strong singer who moves well. Must be comfortable working with a live dog.

HUNK / SCARECROW: male, (Baritone) Plucky and clever in a pinch, even while lacking a brain. Strong actor with an honest quality. Excellent dancer – acrobatic skills a bonus. Strong baritone to F.

GLINDA: female, (Soprano) Glinda is the Good Witch of the North. Benevolent and beloved. Strong singer. (May double as Aunt Em.)

AUNT EM: female. Aunt Em is demanding, but loves her niece. Non-singing. (May double as Glinda.)

MUNCHKINS: boys and girls, (under 5ft tall). The little people of Munchkinland. Long oppressed, and happy to be freed, the Munchkins will (mostly) be played by children. Group singing and coordinated movement required. Dance experience a plus. There are some featured roles among the munchkins, such as The Coroner, The Lollipop Guild, and The Lullaby League.

National Pastime follows the journeys of Jackie Robinson, the first black player in major league baseball, and Wesley Branch Rickey, the white President and General Manager of the Brooklyn Dodgers, as Robinson shatters the color barrier in 1947. While offering insight into each man’s personal struggles, the play traces the evolution of race relations leading up to the Civil Rights Movement. Against all odds, Robinson and Rickey join forces to bring about a benchmark cultural event in America’s history.

Audition video submissions window is open — please click here to register — you will be emailed directions.

In person callbacks will begin Fall 2022 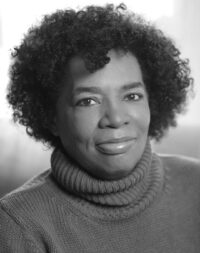 In 2021, Golden directed 2 Short films—both nominated for awards in the Tokyo Film Festival.  As Producer and Associate Producer, Pat worked on numerous feature films. Additional, she was an AD on the Broadway production of Tennessee Williams’, A Streetcar Named Desire and for the German director, Volker Schlondörff on his production of the opera, From the House of the Dead at Opéra-Comique in Paris.

Pat is also on the faculty at Columbia University in the Film Program and at HB Studio, teaching The Art of Directing.

JACKIE ROBINSON, 30-40;  Black American baseball player with an athletic build; quick, clever and hot tempered. On scholarship at UCLA, Jack Roosevelt Robinson played football, basketball, baseball and ran track, lettering in each sport. Drafted in1942, Robinson was accepted as an Army Officer Candidate. Later, Jackie was court-martialed because he refused to sit in the back of a segregated bus. Eventually, he was acquitted. Jackie ages from 20 to 43 years old. LEAD

WALTER “RED” BARBER, 35-40; White radio broadcaster from Mississippi and Florida, Red has red hair.  Raised to be a racist, Red undergoes a shift of consciousness and he comes to accept Jackie as a human being. Red co-narrates Act I and will announce games—his accent  is southern, colloquial and measured in its cadence.  Doubles as Bus Driver.

MALLIE ROBINSON,  Jackie’s Mother; 40-45; Black American; Jackie’s parents,  Mallie and Jerry, lived and worked as Georgia sharecroppers until Mallie decided they’d leave. In 1920 Mallie took her five children, boarded a train bound for Pasadena to escape the Ku Klux Klan, poverty and her philandering husband. Mallie worked as a maid, eventually earning enough to purchase a single-family house in a white neighborhood. Deeply Christian, Mallie always said, “Take one step toward God, and he’ll take two toward you”, She ages from late 30s to 60s.

CLYDE SUKEFORTH, 40s; White American baseball player turned coach and scout, due to the loss of sight in his right eye during a hunting accident. Clyde works as a scout for Rickey.

JANE RICKEY, Branch’s wife;  50s; White American from Ohio; Down to earth Jane loves Branch and baseball and is resolute in her support of her husband, who relies or her instincts. She co-narrates Act II. Jane ages from 53 to 80 years old.

LEROY “SATCHEL” PAIGE, late 30s; Lanky and wise; Legendary Black baseball player of indeterminate age Satchel is an extraordinary pitcher and one of the biggest casualties of MLB institutional racism. At heart, Satchel is really a fun-loving prankster.

MULE, George “Mule” Suttles; 40s; Dark-skinned Black American; Built like a tank, Mule was a power hitter in the Negro League who had never received any formal education.

HAROLD “PEE WEE” REESE,  late 30s; White; The 5’9” Brooklyn Dodgers baseball shortstop and Team Captain was from Kentucky.  When Jackie was heckled, yet a again, Pee Wee went to Jack then put his arm around his shoulder in solidarity, silencing the White crowd.

DIXIE WALKER, mid-30s; White; Outgoing; All Star baseball player from Georgia who tried to prevent Jack Robinson from becoming a team member by circulating a petition which stated that he and his boys would not play if Jackie Robinson was put on the team. Dixie’s sabotage failed and Branch Rickey traded him. His career ended two years later. Double as Officer of the Day.