REVIEW: The tangles of family, romantic life play out in ‘Misalliance’ at the Spokane Civic Theatre 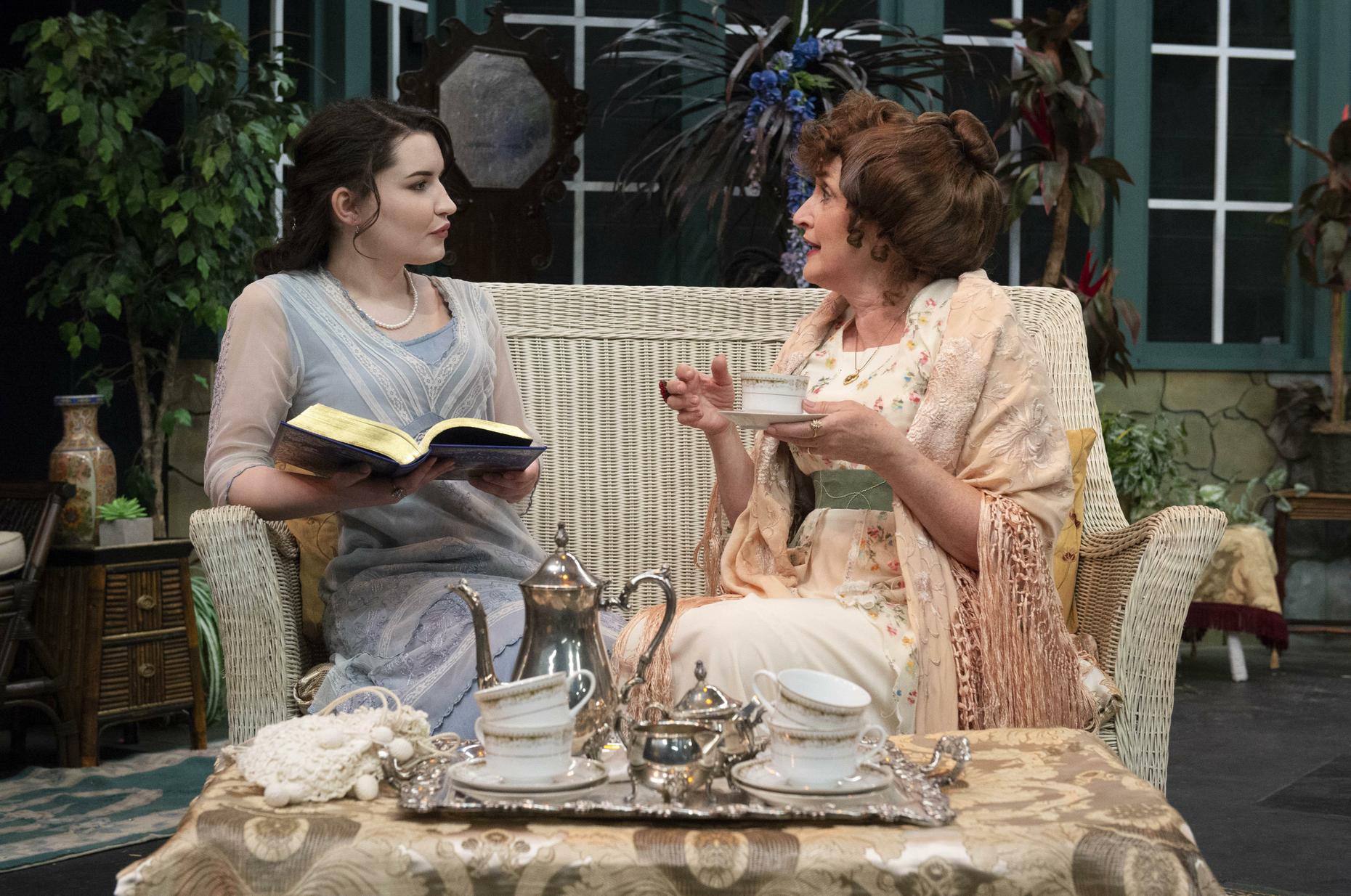 It might have been a mix of the unseasonably warm weather and Matthew Egan’s beautiful set design, but walking into Spokane Civic Theatre on Friday to see “Misalliance” truly felt like walking into a conservatory in the British countryside. The stage was lined with vibrant green faux plants, a porch swing hung in the middle of multiple elegant seating areas and a wall of windows and a set of French doors gave the room an airy feel. It’s here that members of the Tarelton and Summerhays families spend an afternoon discussing the energy it takes for one to pursue a romantic interest, the unattainable ideal woman and society’s expectations for men and women in George Bernard Shaw’s “Misalliance,” which he subtitled “A Debate in One Sitting.”

Since the play is set in one afternoon, director William Marlowe was smart to divide the play into three acts with two intermissions as it gave the actors a break and the audience a chance to digest each conversation. And aside from a few flubbed lines here and there, the cast did an impressive job handling the immense amount of dialogue.

Ron Ford, as John Tarelton, and Kris Kittelson, as Lord Summerhays, were great as the patriarchs of their respective families, both wondering about their relationships with their children while also contemplating romantic relationships that could be, or never were. Jone Campbell Bryan played the nurturing Mrs. Tarelton well, especially during scenes with her daughter Hypatia (Sarah Plumb) and Gunner (Dennis Pham).

Plumb really embodied the restless Hypatia, who is unsatisfied with her engagement to Bentley Summerhays (Dennis Julian Burgess) and longs for adventure. She paced the set like a wild animal that had been caged and was looking for an escape, though she also managed to turn on the charm when she encountered someone she fancied.

Joshua Baig as Johnny Tarelton and Burgess as Bentley were particularly fun to watch together, with the stronger, more confident and, at times, angry Tarelton contrasting Bentley, lanky, timid and prone to throwing fits. “He’s overbred, like one of those expensive little dogs,” Mrs. Tarelton said about Bentley in the first act.

Pham was great as he portrayed the emotional ride Gunner experienced in “Misalliance,” from angry and out for revenge to sad and defeated, to, near the end of the show, drunk, and Eliot Drushella, as pilot Joey Percival, was fun to watch as he initially resisted then surrendered to Hypatia’s charm.

Last but not least, Dana Sammond made for a wonderful Lena Szczepanowska, a daredevil/acrobat who captivated every member of the Tarelton and Summerhays families.